Like Ulefone, Elephone, UMi and some other Chinese brands, Doogee too has found inspiration and is making a lot of phones all of a sudden. The mid-range market is the market to bet on for Chinese brands this year, and Doogee does that with a few phones including the new Y100 Pro.

The Y100 Pro isn’t as mid-range as some other phones, lacking a fingerprint sensor and a large display. But you’ll know by now that there is a certain dearth of decent phones with sub 5.5-inch screens, and the Y100 Pro tries to fill the gap.

Before getting my hands on the Y100 Pro, I expected the phone to be very compact, which wasn’t to be. The device is wider than it appears in renders, but thanks to the 5-inch display, the phone is still very usable in one hand. It is perhaps the design and the fact that the phone doesn’t have the largest display that make the Y100 Pro the Chinese equivalent of the Motorola Moto G.

Thanks to a very ‘enveloping’ rear casing, the Y100 Pro has the double-edge effect we first saw on the OnePlus One. Not as pronounced, but it’s there.

The front of the Y100 Pro is covered in 2.5D curved glass, which is something you can safely call a standard for any Chinese phone that sells for over US$100-110 now. You have to admit, the phone does look more expensive than just US$120. 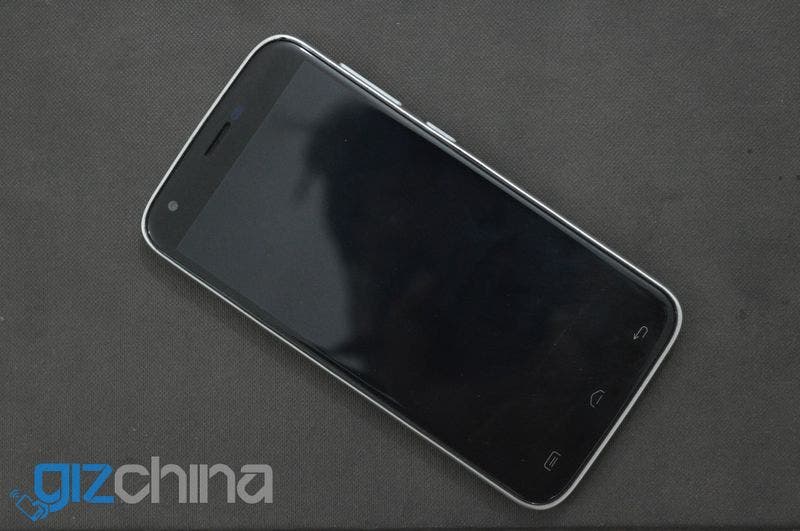 The curved glass has a reassuring metal lip around it, which should come in handy if you’re prone to drops and such. The metal lip is indeed very easy to miss, especially with the curved glass on the sides. Nice touch!

The screen itself isn’t quite dark to make the phone look like a clean black slab when it’s off, a phenomenon observed on a lot of other devices. 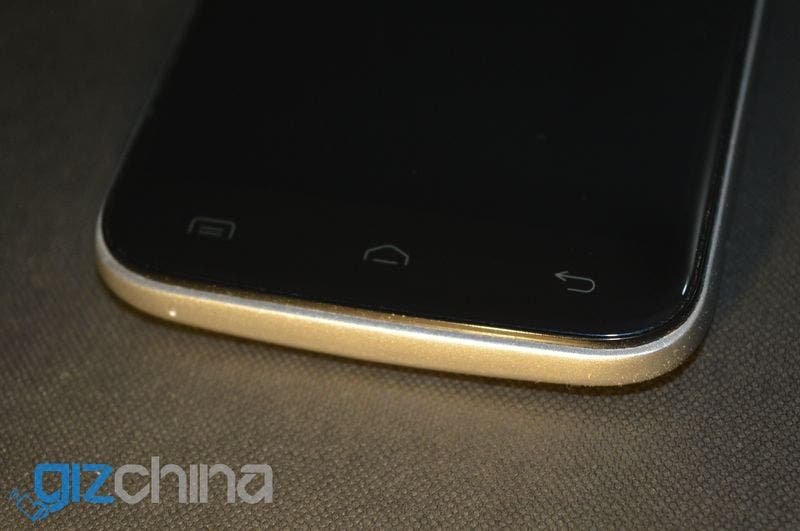 Right below the screen, the Doogee Y100 Pro has the set of 3 capacitive buttons including (L-R) menu (WHY! There should be a recent apps button instead), home and back.

The rest of the phone is pretty smooth and simple, with a curved back and volume/power buttons on the right edge.

Design is of course subjective, but the Y100 Pro has a very subtle one which I don’t think will get a lot of contrasting views. I’d give the simple and sleek design an 8/10.

Moving on to the build. It was earlier believed that the Y100 Pro would feature a metal rear cover akin to the HTC M8, which isn’t the case as we know. The build is, however, still very reassuring. The device isn’t unnecessarily heavy like the Oukitel U8, and isn’t lighter than you’d want it to be. 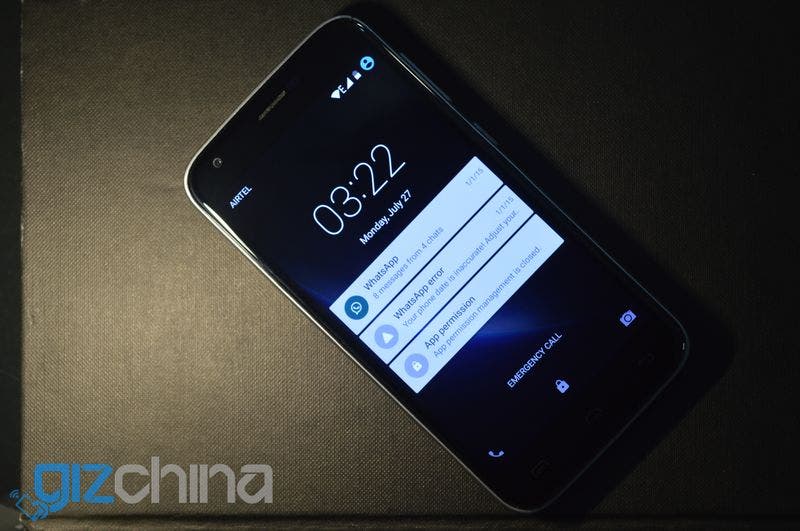 The MT6735P doesn’t sound like the most powerful mid-range processor, and it surely isn’t. Performance is, in general, at par with the Oukitel U8 (review) with virtually nothing to choose from.

When MediaTek first introduced its 64-bit chipsets, phones like the Elephone P6000 impressed big time with SoCs such as the MT6732 and later, the MT6752. The P6000 has since moved on to the MT6753, and so have other MT6752 phones which really make you wonder about what MediaTek is up to. The MT6732 is certainly more potent than the MT6735P, which is ironic because phones with the latter cost just as much as the ones with the former.

The MT6735P is very similar to the Snapdragon 400 in performance in my opinion. It just doesn’t heat up that much. The MT6732, on the other hand, was akin to the Snapdragon 600 (maybe even beyond?) in certain aspects.

2GB RAM helps the case, but one thing’s for certain; the Y100 Pro, like every other MT6735P phone that has released and will be released, isn’t made to handle games very well. 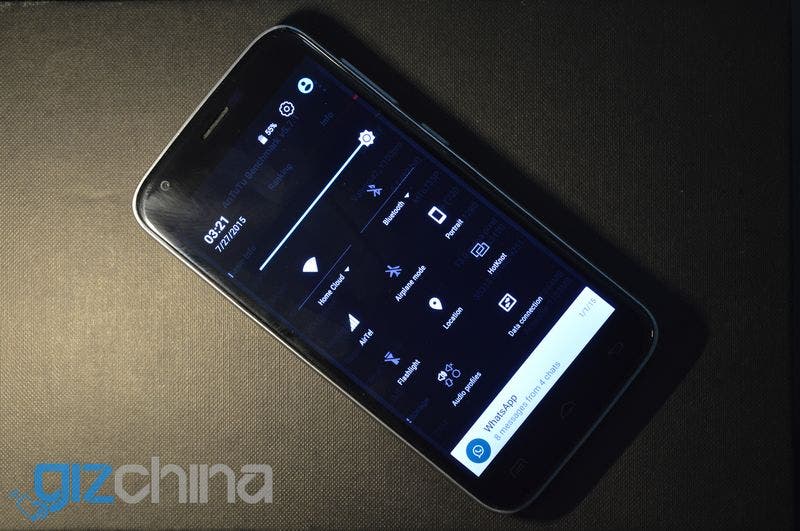 Moving on to the hardware part. The 5-inch 720p display isn’t the most breathtaking you’ll come across, but is certainly fit to do its job. There’s no backlight bleeding/bright spots/dead pixels whatsoever, which is testament to the good quality checks that Doogee seem to have implemented (which don’t seem to apply to some other aspects of the phone).

Viewing angles are OK-ish. The screen will look extra bright at some angles, which isn’t a very uncommon occurrence

Moving on to the audio, you’ll be disappointed to know that this aspect of the phone isn’t as praiseworthy as the others. The speaker output lacks bass, and there’s ugly distortion at 100% volume.

Having used some other phones such as the Elife S7, LeTV Le 1 in the recent past, my expectations of a smartphone camera have naturally gone up. However, it took me a while to come to terms with the fact that the Y100 Pro is an altogether different ball game. For a US$120 phone, the Y100 Pro takes OK-ish photos. As usual, HDR helps but at the cost of unnecessary dramatization at times.

If I were asked to pick a strictly budget phone with the best camera, it would be the Redmi 1S. Which is a pity because the phone came out a year and a half back, and entry-level to mid-range phones still seem to be stuck at the same level.

Take a look at some shots taken on the Y100 Pro. Notice how it lacks proper dynamic balance. 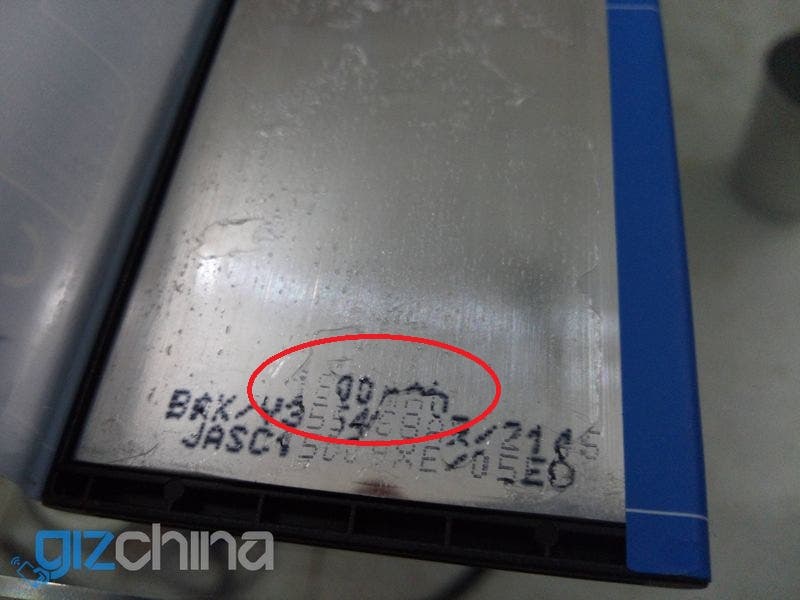 First off, let’s talk about the battery brick itself. The phone is listed to have a 2200mAh cell, which is confirmed by what’s printed on the battery shell. However, only a supremely thin sticker apart lies the truth — about the battery actually being just 1800mAh.

Doogee are clearly sourcing the 1800mAh battery from an OEM and slapping on a sticker with a rating that clearly doesn’t agree with the facts.

Chinese makers need to learn either one of these: either (i) mention the real capacity, or (ii) if they are going to lie, do it well.

You know which option you’d prefer. 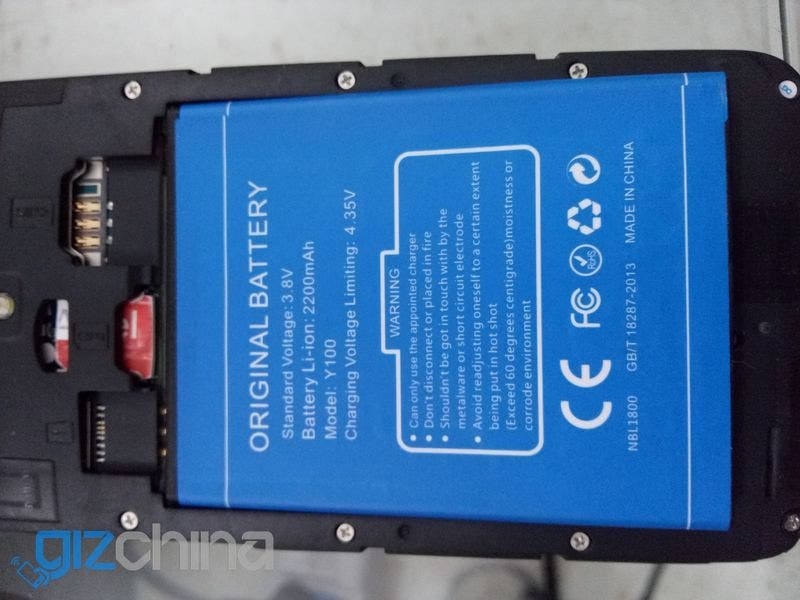 Coming to the battery life of the phone, it is pretty mediocre with around 4 hours of screen on time in general if used through one day. With a 5-inch screen you’d generally expect the battery life to be around 5 hours SoT or more. The Oukitel U8 which comes with the same SoC does a lot better in this regard.

Worth mentioning is the fact that the Y100 Pro features a pretty good set of antennae for reception. This includes WiFi, cell as well as GPS. (GPS is in fact brilliant).

The Android 5.1 installation on the Y100 Pro is near-stock. This is something we’re starting to see on more and more phones, especially on devices which are meant to be exported out of China. I’ve already had an OTA update, and if Doogee can continue doing that, it’d be great.

Having spoken about poor audio, I must also mention that isn’t just restricted to music and other media output, but unfortunately phone calls as well. Almost every person I talked to on the device complained about poor audio on their end (which means the mic isn’t great either). Also, there doesn’t appear to be a secondary mic for noise cancellation.

Unlike what you’d expected from the standard MediaTek MT6735, the MT6735P on the Doogee Y100 Pro means that the phone runs a 32-bit system and not a 64-bit one. 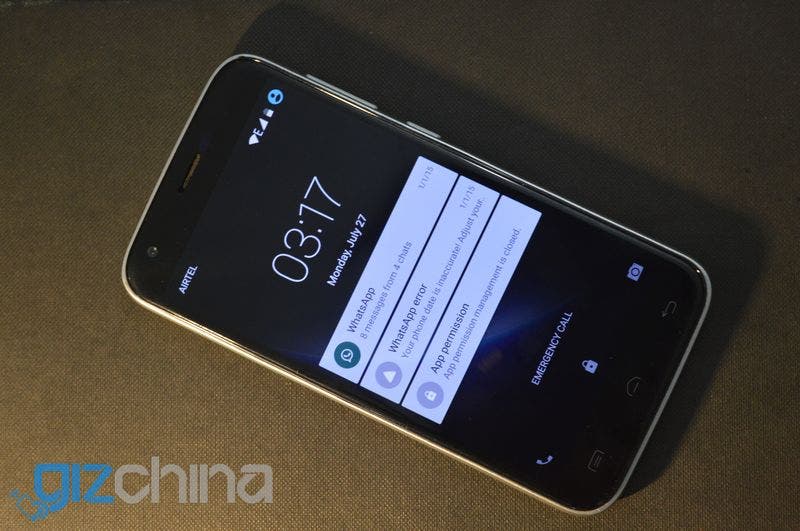 The battery lie kept aside, the Doogee Y100 Pro is a decent phone. The audio does suck, but the device has an OK camera… and is 5-inch which according to me is the USP of this phone, along with the good build. There are quite a few aspects where the phone could get better, however. This includes the aforementioned audio output and battery life.

At US$120, the phone will have a hard to competing against devices powered by MT6753 which will soon fall to this price. US$100 is something I’d pay for a phone like this; for the US$120 that the Y100 Pro costs, the Elephone P600 looks like way better option.

I don’t know what the MT6735P costs (mustn’t be much), but manufacturers should really consider investing in the MT6752/3.

Thanks to Everbuying.net for supplying the Y100 Pro for review.

Next Siswoo C55 stock coming to EU soon, plus more images of the dual screen R9