UMi have always been (a bit too) bold with their marketing antics, which sometimes backfire for them. They’ve been talking extensively about the all-new UMi London and how it’s a device well beyond it’s price point (of $60).

Well, we’ve been testing one for the past few days. If you’re considering getting one, read through the review for a little more insight on the device.

In many ways, the UMi London is like the dwarf sibling of the UMi Rome X. It features a very similar design, but in my opinion, wins at looking slightly better. What I have to admit here is that unlike the Rome X, the London does look like a phone that’s a fair bit costlier than the asking price.

It even has a 2.5D curved glass on top of the display, which itself is fairly decent for what the phone costs (more in the next section). The screen apparently features some additional toughening as well; UMi call it ‘Dual T2X-1 Toughened Glass’. Not sure what it means, but the phone does appear to be fairly rugged.

A status LED and front facing camera (no flash) join the earpiece on the top section of the front, with subtly-marked capacitive buttons on the bottom (menu – home – back; left to right).

UMi seem to have done a better job at putting some sort of oleophobic coating on the screen, at least when compared to the Cubot X16S. While not completely smudge-free (like some more expensive phones), the coating is nice enough.

The back of the phone has a shiny and removable rear cover with curved edges. Like a few other phones in its range, the UMi London does remind of the Xiaomi Mi 5.

Subtle UMi smartphone branding, along with certification marks sit on the back of the phone along with the 8 mega-pixel camera (and its single LED flash).

The bottom edge of the phone has only the speaker grill and mic, with the micro USB port moved to the top, along with the 3.5mm jack. I’m not quite a fan of having a USB port on the top… but that could be subjective.

The power and volume buttons sit on the right edge, with the left edge kept as clean as a slate. In all, the UMi London scores heavily in the hardware department; I don’t think I’ve seen a $60 smartphone built as well as the London.

UMi also offer a ‘rugged’ case for it in case that isn’t enough. 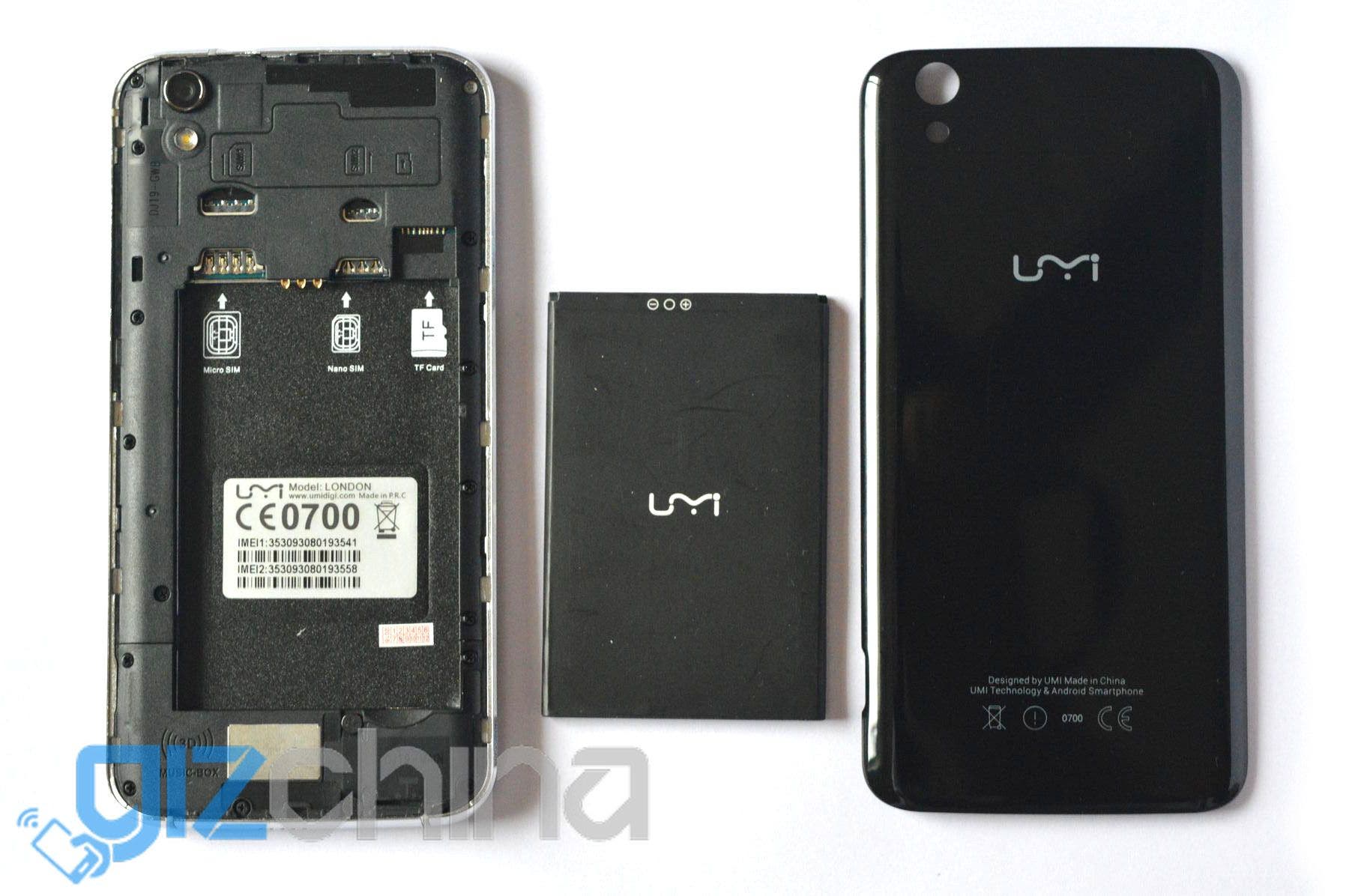 While it’s all moonlight and roses for the London in the build department, things start going south in an alarming manner when you move on to the hardware and performance section.

Without trying to exaggerate the situation, I’ve found the UMi London a very tough phone to live with. Whatever phone I’m reviewing is made my primary phone, and it was a really tough phase for me with the London.

The phone comes with only 1GB of RAM, so sluggish performance was expected. But the London takes it beyond sluggish to near unusable.

Switching between apps can be difficult, and something as simple as typing is a pain in the neck… and other places. The touchscreen is slow to respond to touches, so that rules out the possibility of using a swipe-based keyboard. If you type using two hands, the slow touchscreen will often miss registering a key press… and it goes on.

You’d assume that the poor performance is because of not-so-powerful hardware. But the UMi Rome X came with similar specs too, and that phone did not feel as slow and sluggish.

Using apps like Chrome, Facebook is quite an uphill task, if that gives you a better idea. 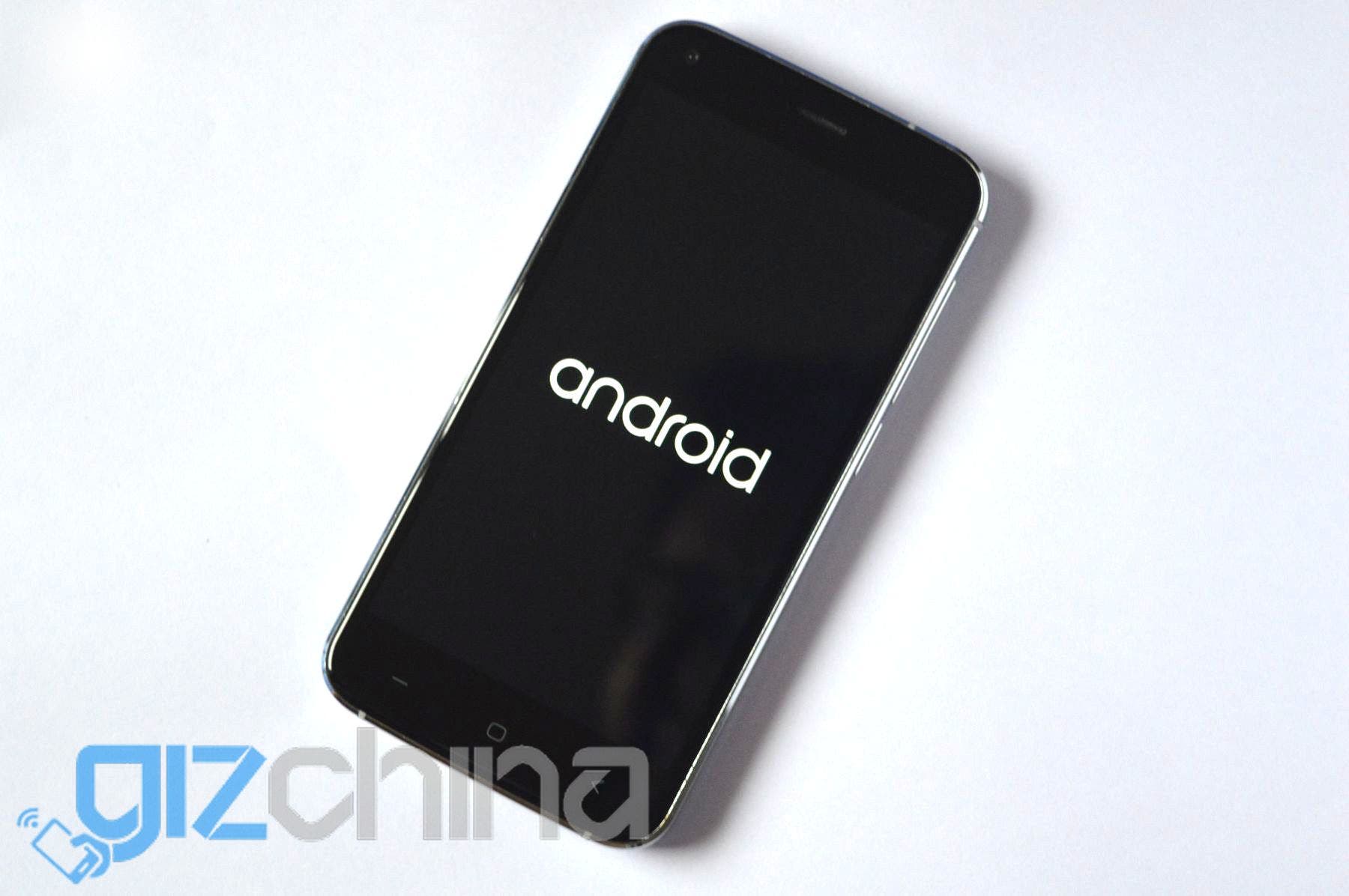 As for the hardware, i.e., the screen and the sound, it’s exemplary for a $60 device. The screen is nice and vibrant, although it has been tuned with extremely high contrast which can make the screen look dull depending on what is being displayed.

The in built loudspeaker is also satisfactory for a $60 phone. It is loud, and contrary to what you would expect, isn’t tuned with extremely high treble levels. 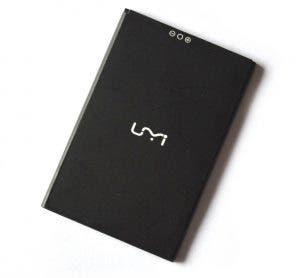 Another thing I’m happy to report is the battery life. UMi don’t seem to be fooling around when they list a 2050mAh battery on the phone. Paired with the entry-level hardware, the phone offers a very usable battery performance. You can expect over 4 hours of screen on time along with a full day of usage.

The fact that there’s no 4G support on the phone contributes to the battery life.

After all the poor performance issues, I was surprised to see that the London does have a decent camera. It is an 8 mega-pixel sensor which actually takes photos like an 8 mega-pixel camera, and not like something that it helped by software to get to the 8 mega-pixel mark.

Have a look at some samples below. 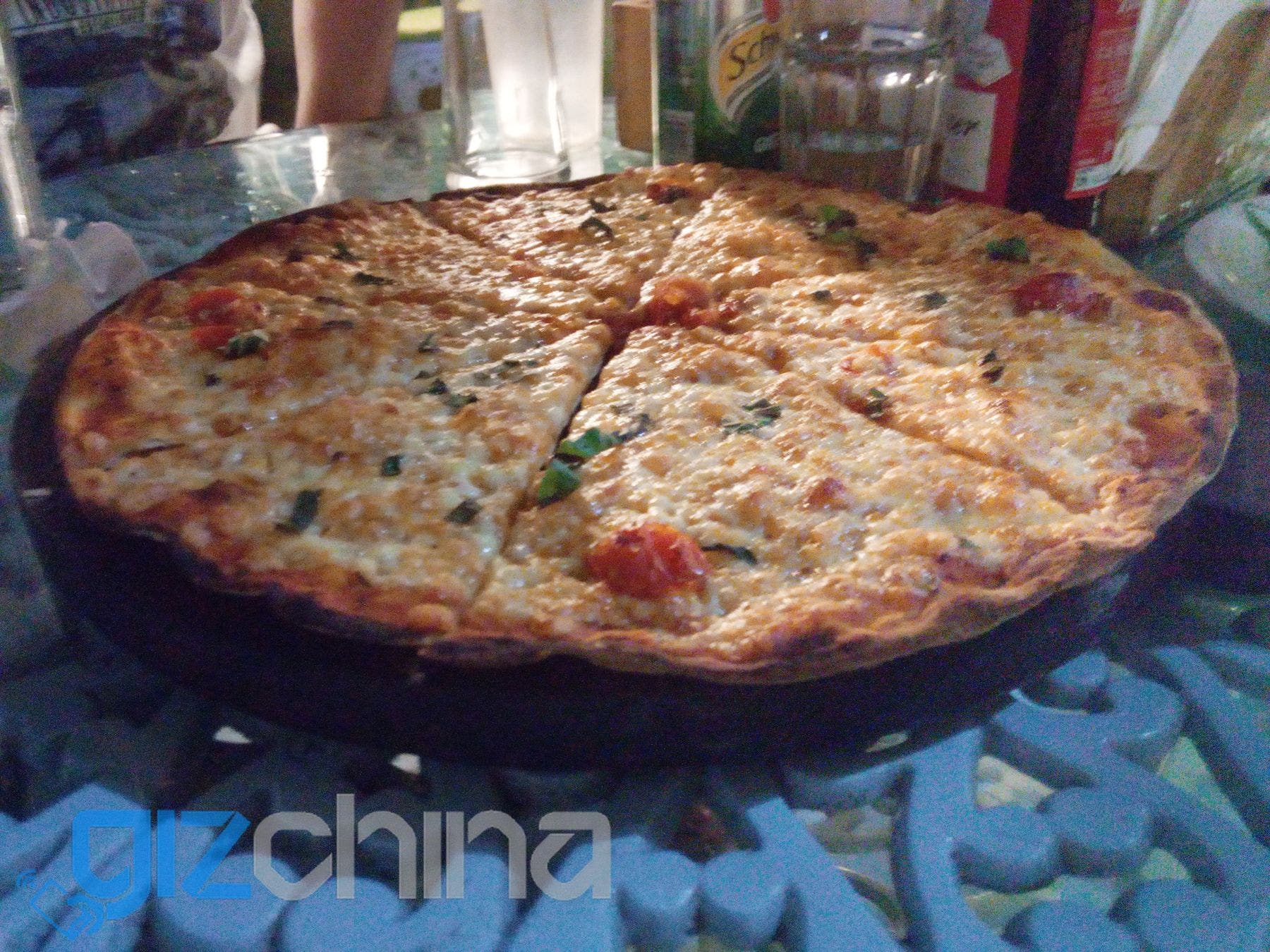 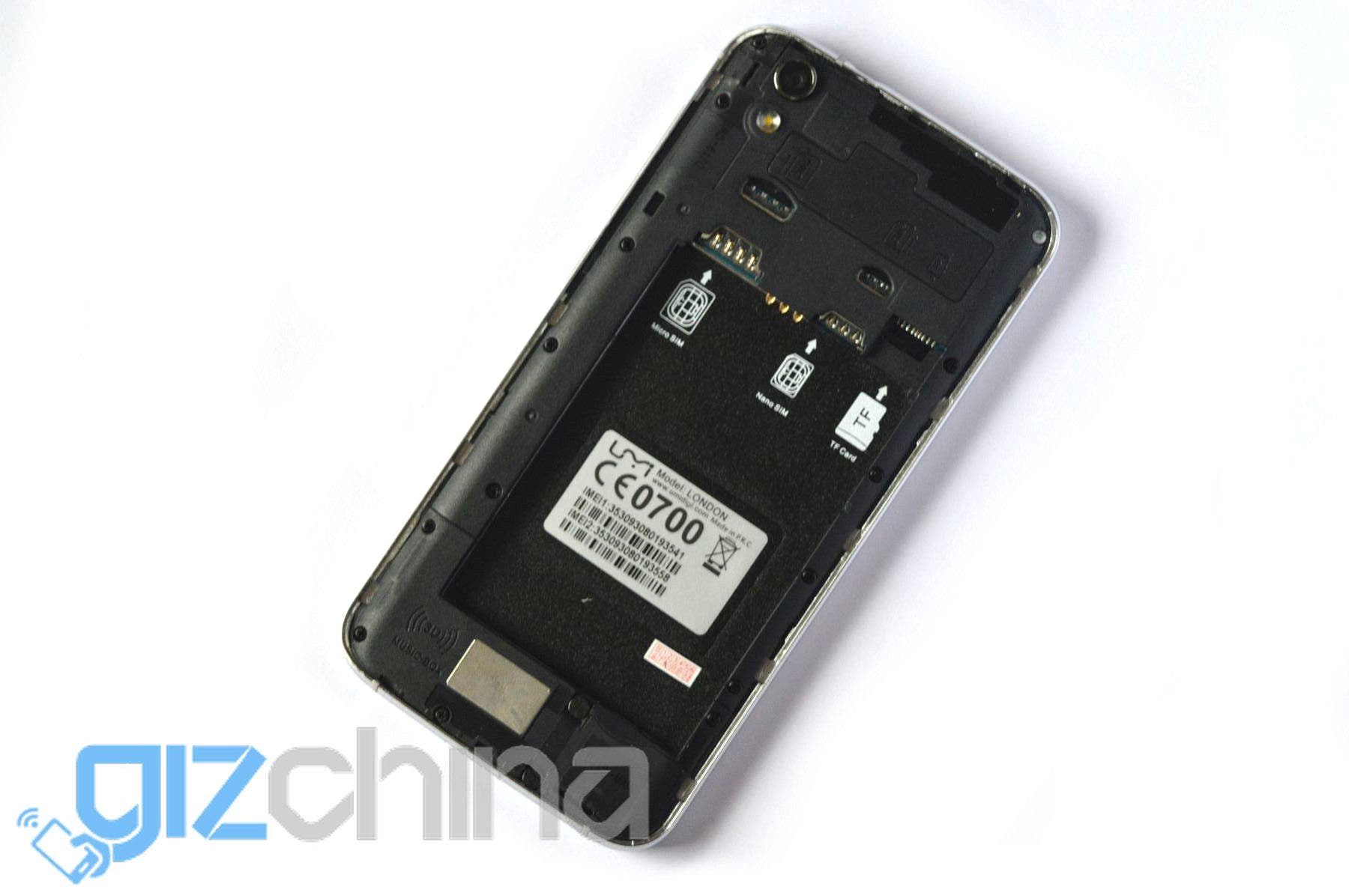 As just mentioned, the London does not offer 4G support, courtesy the extremely entry-level MediaTek MT6580 SoC. This is a bit of a bummer, because there are local companies in many countries offering entry-level 4G phones for that much.

I’ve found that GPS on the London cannot be very dependable. The phone wasn’t able to get a GPS fix indoors, and a 3D fix outdoors took time often. Whenever it did happen, the accuracy was low (over 50 ft).

Also, the phone doesn’t appear to have a compass. While it doesn’t affect radio or network directly, it does affect how you are able to use the phone as a GPS device.

In all, the UMi London is a nice looking phone with a brilliant build quality. However, it falters a bit too much in the performance sector to make it any usable. For now, it might make sense to add a like more $$ to your $60 budget and get an MT6735 phone instead, perhaps something like a Cubot X16S.

From our experience here with the UMi London, it isn’t a place where you would want to invest your $60. If you want to do so anyway, head over to Chinavasion.

Previous Every Xiaomi smartphone of 2016 so far

Next How exactly works the retina scanner in Homtom HT10?