All of sudden ZTE have announced through their Weibo account a new update for the Blade series coming tomorrow. The ZTE Blade A2s was released a few months ago, however ZTE think it’s the right time to update the line with the ZTE Blade A3.

We strongly believes that ZTE Blade A3 will be the same ZTE A0616 which got its specs leaked through TENAA. The ZTE Blade A3 comes with a whole new make over when compared to its predecessor A2s.

The handset will sport a 5.5-inch screen with HD resolution. There are some controversies going on here, since its predecessor the A2s came with a FHD panel. With a bigger panel, but less pixels, the A2s screen will still get the corner here. 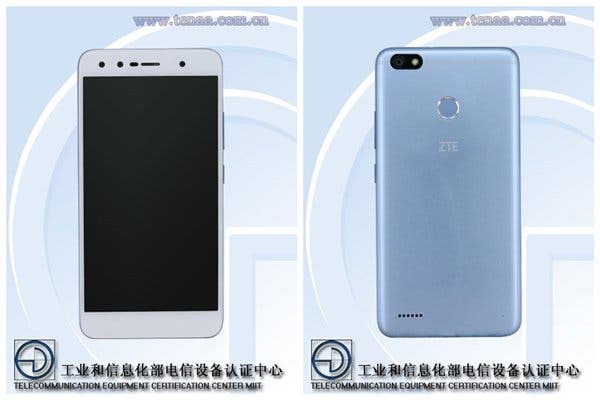 The ZTE Blade A3 comes horsened by a 1.45Ghz quad-core chipset paired with 2GB or 3GB RAM and 16GB or 32GB of Storage, depending from which variant you’ll choose. Worth nothing to mention that handset also support microSD card allowing further storage expansion.

A big appeal, for the selfie lovers, will be the dual cameras 5MP and 2MP placed at the front. On the rear we have a lonely but good 13MP camera and the fingerprint sensor. Lastly, but not least, there is a 3,900mAh battery keeping the lights on.

The phone already comes outdated, running Android Nougat 7.0 out the box. However, considering Oreo pity share and availability, that’s not bad at all. We expect a pricing tag around 999 Yuan (~150) putting this phone against the likes of Redmi.

The ZTE Blade A3 will come in three color variants, Light Blue, Dark Blue, and Black. The announcement event will be happening tomorrow in Beijing at 2:30 PM local time and we’ll be here covering all the remaining details.

Previous Quality Is The Reason Behind Xiaomi's Success Says CEO