Usually, ZTE unveils a Nubia-branded flagship in the mid-year. At least, the Nubia Z17 released on June 1, 2017. No need to think about the Nubia Z17s as a new flagship, because it’s just the upgraded variant of the previously mentioned device. As for the Z17s especially, it was launched as Nubia’s representative in the full-screen market. It came with an 18:9 display that accounted for up to 90.36%. Thus we are talking about one of the highest screen ratios. But even this record is going to be exceeded. Today an image leaked showing how the next Nubia flagship which should be the Nubia Z18 will look. 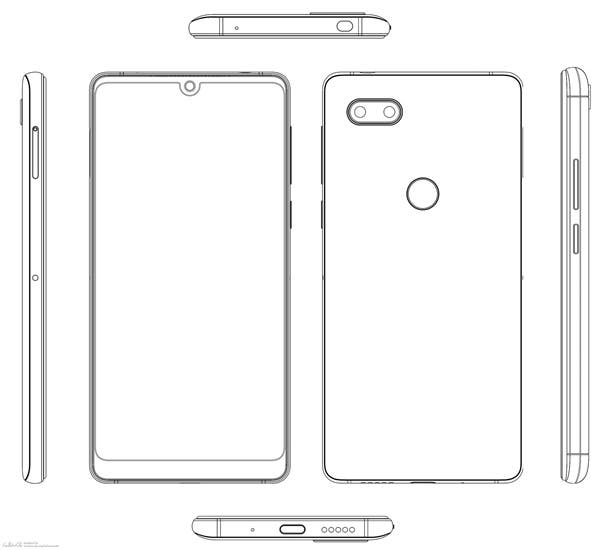 According to the Nubia Z18’s image, the phone will use a full-screen design like the current model, but it will switch to another type of a full-screen. Actually, it looks like the Sharp Aquos S2. Thus the forehead is practically removed, while the chin is narrowed a lot. But of the Aquos S2 also carries a home button on the chin, there is no physical key on the Nubia Z18. The proximity sensor and the rest of sensors are hidden under the display, and the only opening is made for the front camera sensor. Therefore, the screen ratio is increased a lot in comparison to the current flagship.

Honestly, we have seen an identical design earlier. But there are some differences. Say, the freshly leaked photo doesn’t reveal where the flashlight and the microphone hole will be placed. The former one showed the exact places of those features. Moreover, the new photo shows the phone will be using a three-stage antenna design, while the former one was claiming it will use a U-shaped design.

These differences can be list long, but the truth is the alleged Nubia Z18 will come in with a new full-screen design to provide a better viewing experience.