Seems Nubia will be the first manufacturer that comes with a full-screen 3.0 device. At least, they think so. They have been promoting their upcoming flagships with the mentioned phrase. And there is no reason not to believe them. The forthcoming smartphone should be the Nubia Z18, which has leaked on various platforms and has passed through TENAA as well. According to the latter, it will be packed with Qualcomm’s flagship chip, the Snapdragon 845. But there are many smartphones with this chip onboard. And we know it’s a matter of software optimization more rather than hardware. So it’s quite interesting how the Z18 will perform in real life. Previously, it’s been leaked on Master Lu. But this benchmark is more popular in China. So we need something that will showcase how it behaves when comparing to other Android models powered by this processor. Today, it appeared on AnTuTu, which is the most popular benchmark. This is a good option to understand whether the optimization is at a high level or not. 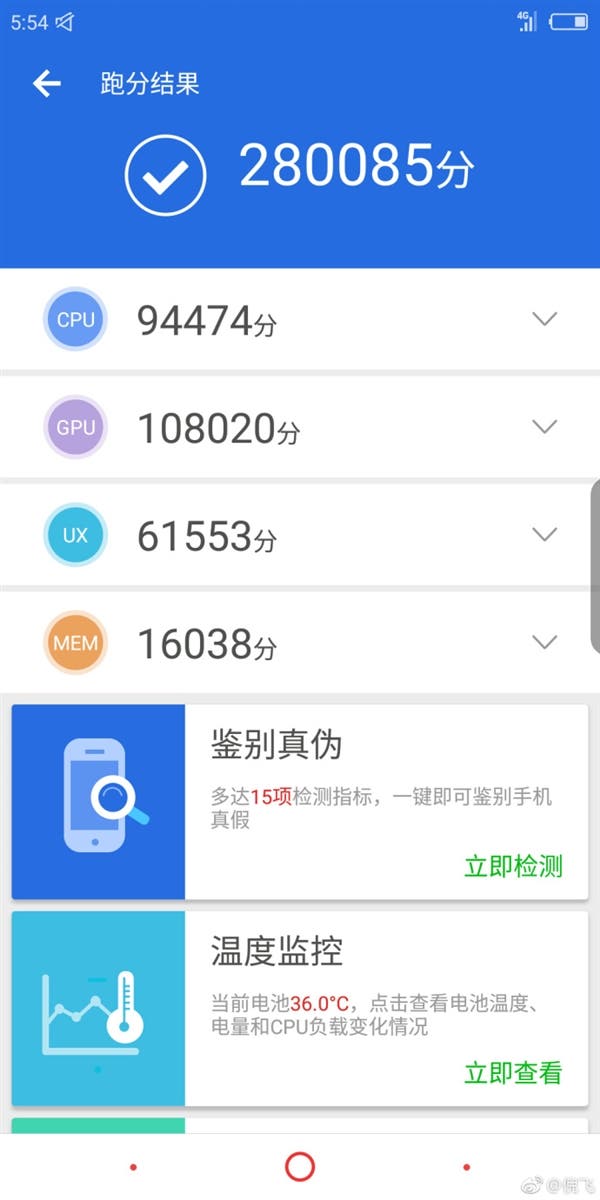 According to the leaked screenshot of the Nubia Z18, the phone scores over 280.000 points in AnTuTu. Of course, the benchmark shows we are dealing with a smartphone powered by SND845, which in its turn is paired with an 8GB of RAM. Say, the Xiaomi Mi MIX 2S that comes with the same processor scores 273.741 points. The Xiaomi Black Shark gets 270.680 points. The Samsung Galaxy S9+ reaches 265.267. Conclude yourself.

In addition, the information coming our way from the Ministry of Industry and Information Technology shows it will be packed with a 5.99-inch full-screen and come with dimensions of 148.58×72.54×8.55mm. So single-hand operations will cause no inconvenience. Earlier, Xu Lin, the executive editor of ‘New Wave Electronics’ released a spy shot of the so-called Nubia Z18. It revealed the phone will be using a border-less screen with a screen ratio of 91%.