We know Qualcomm’s Snapdragon family has a complete product line. The Snapdragon 800 series is for flagship smartphones; the Snapdragon 600 is for mainstream models, and the Snapdragon 400/200 series is for the entry-level handsets. This chips of this manufacturer can be found on up to 1300 devices. On May 24, the chip maker introduced a new series mobile platform named the Snapdragon 700. As the name suggests, this line lays between Snapdragon 800 and Snapdragon 600. Thus, it should come with features inherited from the former one but cost as the latter. Immediately after the official release of the Snapdragon 710 a couple of Chinese top smartphone companies announced smartphones packed with this chip. Currently, there are only two models featuring the SND710. They are the Xiaomi Mi 8 SE, which is the mini version of the annual flagship of the Chinese Apple, and the VIVO NEX A. Of course, the Mi 8, as well as the VIVO NEX S, are packed with a flagship chip in face of the Snapdragon 845. But with the launch of the aforementioned two models, both companies want to come in with more affordable handsets. We are going to compare them right now.

As both handsets are packed with a Snapdragon 710, we decided to pay a special attention to the SoC. There are many interesting aspects we should take a glance at. Generally, this chip has many features inherited from the high-end Snapdragon 845.

First, the Snapdragon 710 doesn’t come with an independent neural network unit, but it provides a set of AI solutions through hardware and software integration, with an optimization at the platform level. As a result, this chip provides an AI performance two times better than the Snapdragon 660. Moreover, the manufacturer has worked jointly with many partners to offer various amazing features such as strong photography, voice interaction, biometrics recognition, multilingual translations, etc. 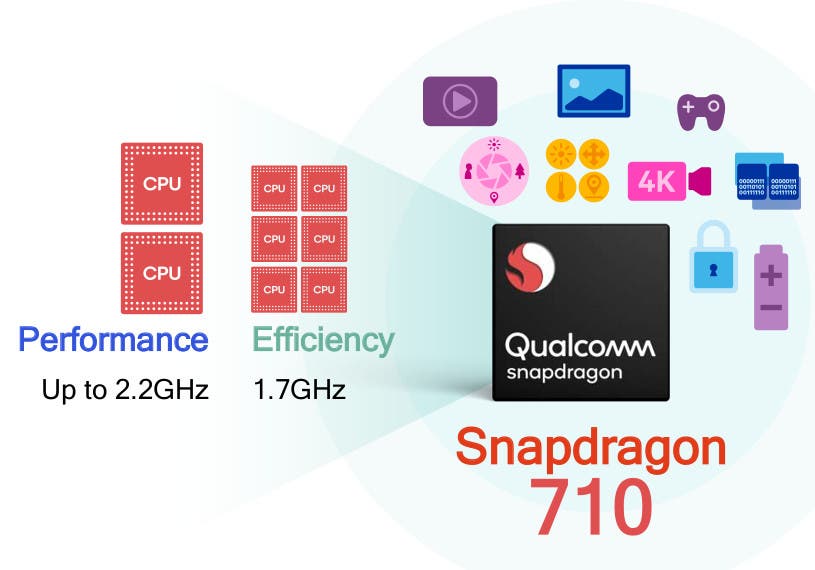 Second, this is the first chip after the SND800 series flagships to integrate the X15 LTE baseband. Thus, both phones support LTE Cat.15 network standard, with a peak download speed of up to 800Mbps, 4×4 MIMO, triple carrier aggregation, and 256QAM modulation. In addition, the Snapdragon 710 supports dual-antenna 2×2 802.11ac Wi-Fi. What we liked more, it also supports LTE and Wi-Fi shared antenna technology, which increases the strength and reduces the internal structural complexity of the handset. Of course, our protagonist supports Bluetooth 5.0 and TrueWireless Bluetooth stereo.

Fourth, the CPU is based on the ARM public version of the Kryo 360 custom architecture, using 2 x large cores @2.2GHz and 6 x small cores 1.7GHz.

Finally, the chip uses Samsung’s latest second-generation 10nm process manufacturing (the first time outside the flagship), with a new architecture, core improvements, software optimization, and reduced power consumption. In comparison to the Snapdragon 660’s power consumption, the overall performance is increased by 20%, the web browsing is improved by 25%, the app launch is faster by 15%, and the power consumption is reduced. Now you can play games longer up to 40% and watch videos up to 20%.

The original variant of the Mi 8 is the first annual flagship of the manufacturer that sports a screen larger than 5.15 inches. It sports a 6.21-inch screen. But our protagonist is its mini variant. Generally, it sports an identical design and lightened features, but many of them are lightened. That’s why it is called a quasi-flagship. As for the display, the Xiaomi Mi 8 SE is packed with a 5.88-inch full-screen that uses a notch. It comes with dimensions of 147.28 x 73.09 x 7.5mm that is closer to the 5.2-inch screen size of the traditional mobile phone body. 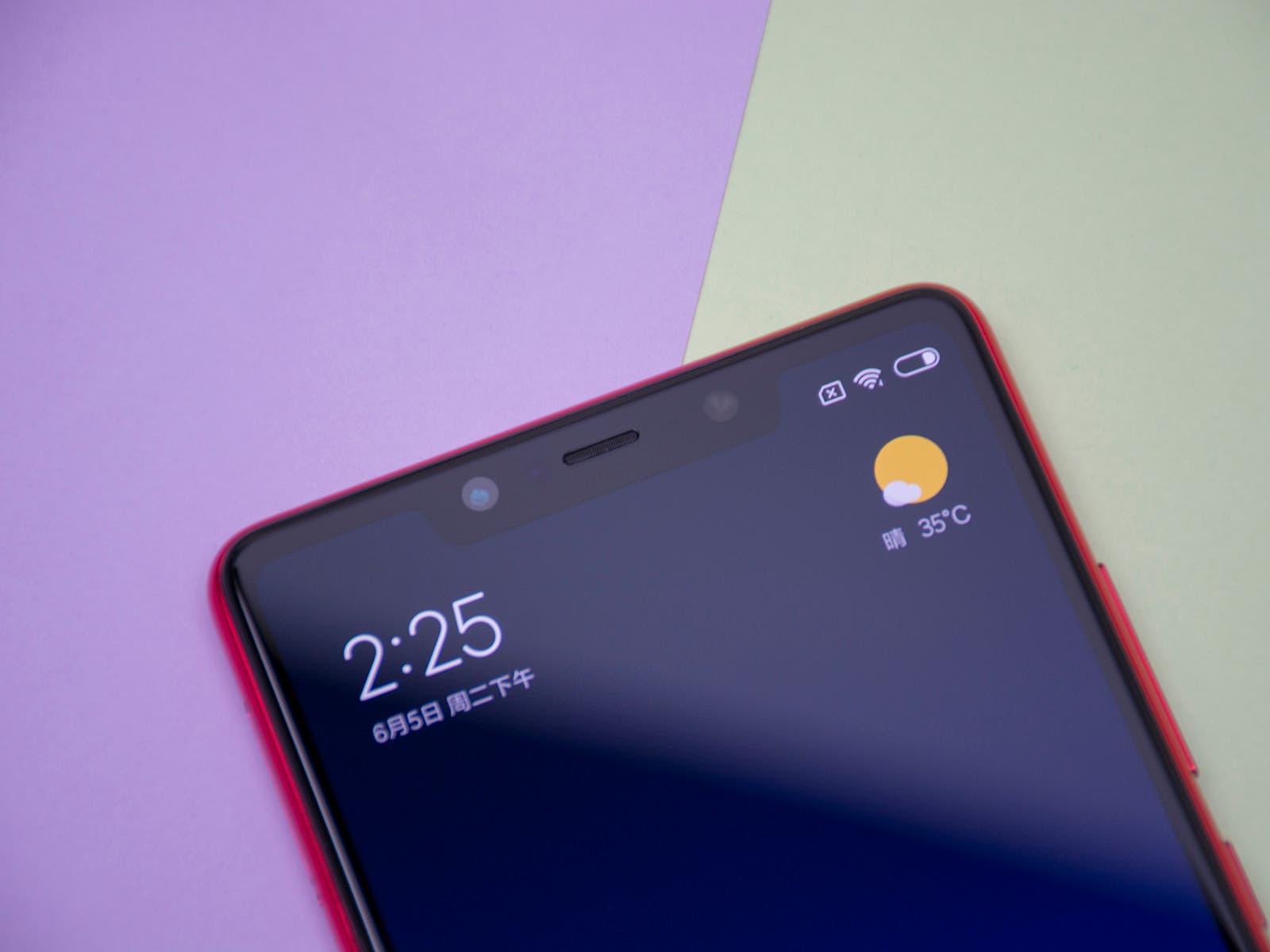 The phone uses Samsung’s AMOLED special-shaped screen, which is colorful, perceptive, and transparent. The corners of the screen use a radian treatment, with the R angle around the body. The Xiaomi Mi 8 SE doesn’t support Face ID like the Mi 8 Explorer Edition, but due to the large area of the notch, various information to be displayed in the drop-down notification bar. So the icons displayed in the corners are relatively few. 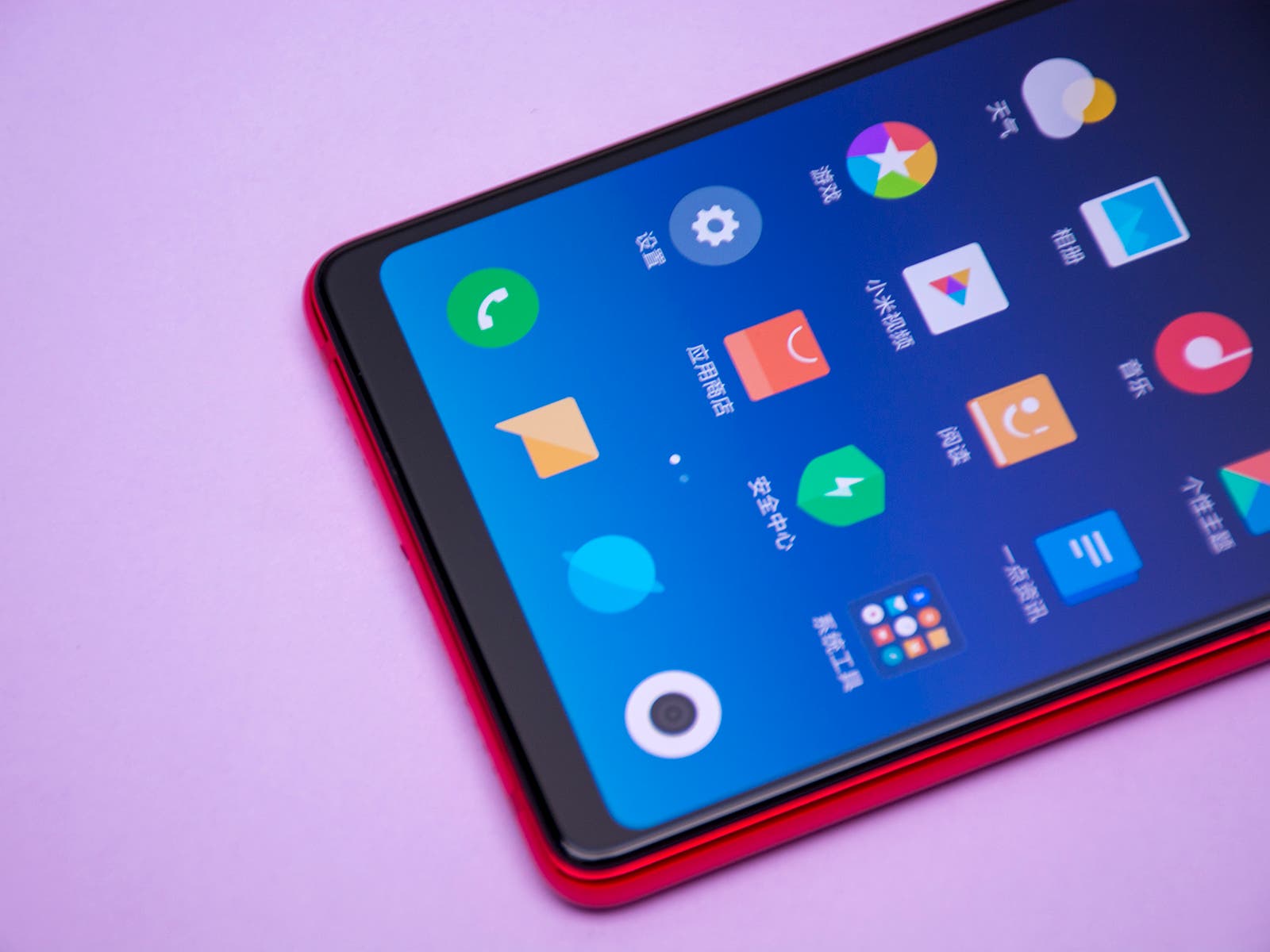 We have already talked about the reasons why the Chinese manufacturers can’t remove the chin from their flagships. And though the Xiaomi Mi 8 SE still retains a chin, it is considered to be one of the narrowest in the market.

Obviously, the VIVO NEX A has the highest screen ratio of 91.24%. Actually, there are no borders and no forehead. But as we can see, VIVO couldn’t avoid removing the chin. 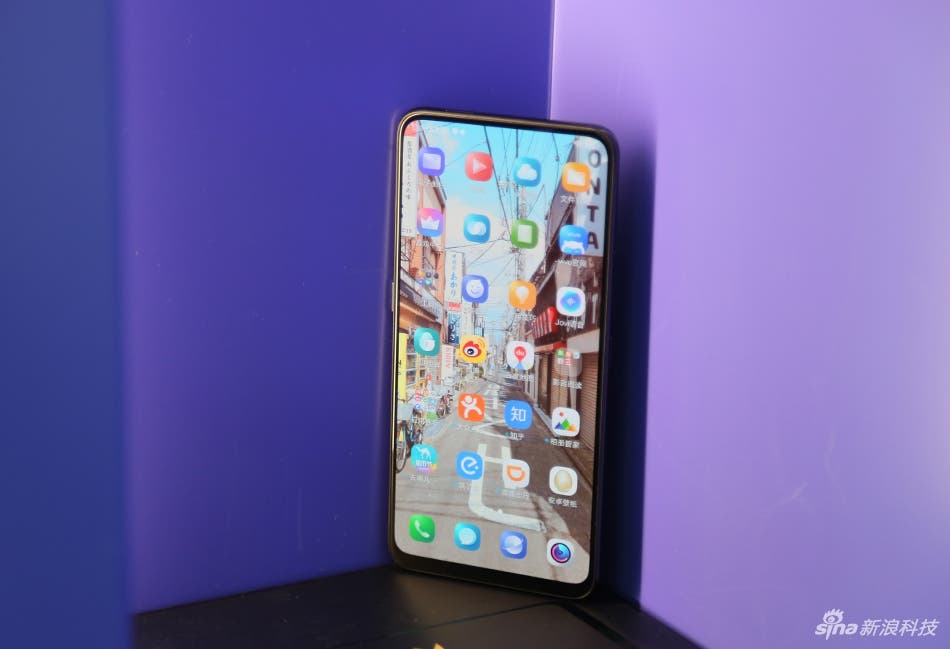 As for parameters, the VIVO NEX is packed with a 6.59-inch AMOLED display with a 2316×1080 resolution and a 19.3:9 aspect ratio. The left and right frame thickness of the fuselage is 1.71mm, while the thickness of the forehead and the chin is 2.16mm and 5.08mm, respectively. With the advantage of a narrow bezel, it controls the body size to be similar to the traditional 5.7-inch 16:9 phone. 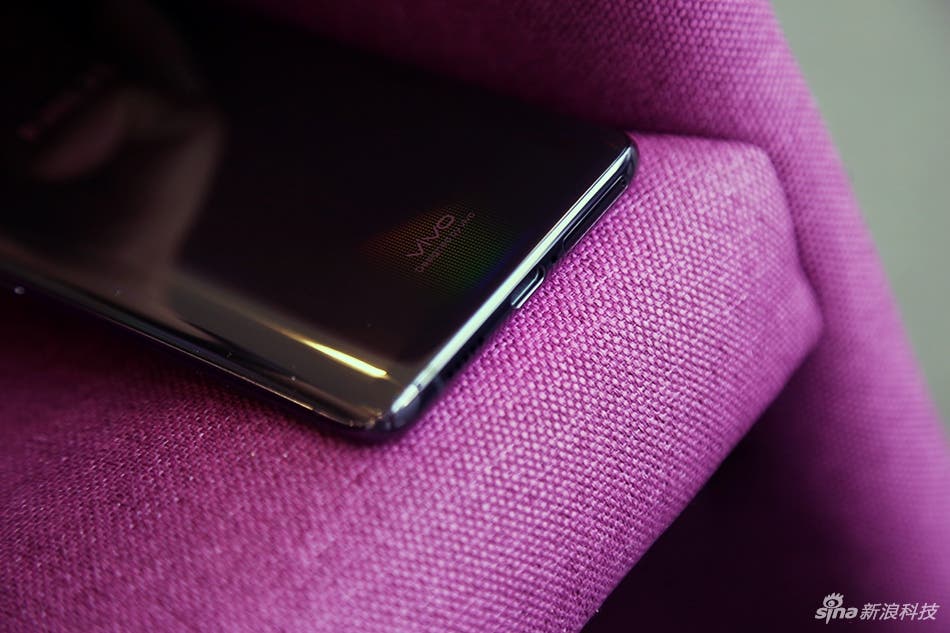 Though the VIVO NEX A has been changed in comparison to the concept phone of the VIVO APEX introduced at the MWC2018, it is the only ‘genuine’ full-screen smartphone. The Mi 8 SE can’t boast of such a title.

Both handsets come with the same Snapdragon 710 chip. But there are some differences in their configuration. The Xiaomi Mi 8 SE comes with a 4/6GB of RAM and a 64GB of internal storage. Today, on June 14, GeekBench updated its database and showcase how much the Mi 8 SE scores. According to it, the Xiaomi’s representative scores 1863 and 5925 points in the single-core and multi-cores tests, respectively. 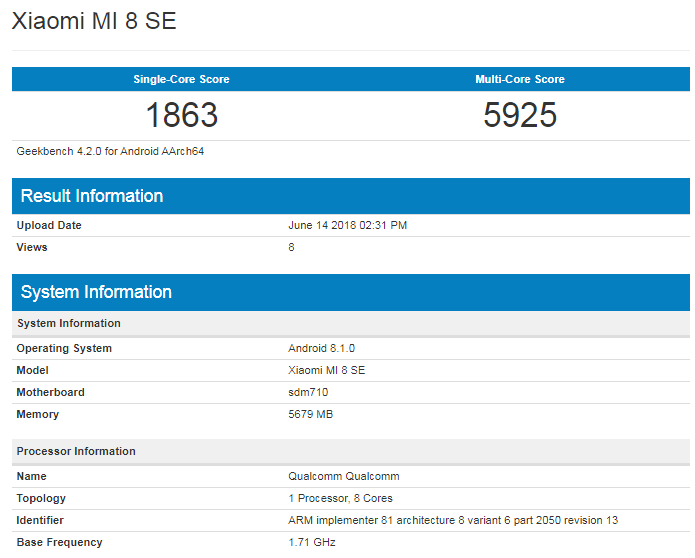 As for the VIVO NEX A, it is packed with a 6GB of RAM and 128GB of internal storage. Previously, we have seen this handset scores 1833 and 5805 points in the single-core and multi-cores tests, respectively. 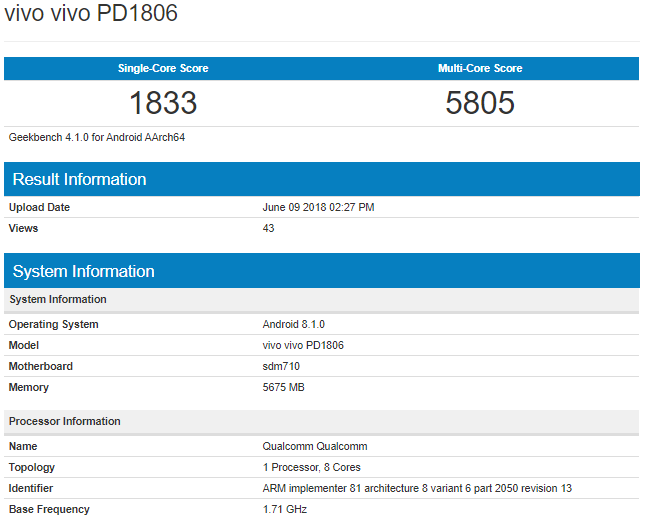 Though these results show the VIVO NEX A yields a little, it doesn’t mean the optimization level the system it runs on can’t compete with MIUI. The VIVO model comes with Funtouch OS 4.0 is currently one of the most customized and optimized systems available in China. It is based on Android 8.1. ‘Super Smart AI’ is the main core of this system. It upgraded the previous version of the Jovi Smart Assistant. But we are not going to introduce all of its advantages. You just know Funtouch OS 4.0 offers tons of AI features. On the contrary, the Xiaomi Mi 8 SE runs on MIUI10 based on the same version of Android.

By the way, the VIVO NEX A sports a fingerprint scanner placed on the back. It doesn’t support on-screen fingerprint identification.

The Xiaomi Mi 8 SE is equipped with a 3120mAh battery. When tested, the brightness was at 80%, while the volume was at 20%. In PC Mark, it showed 9 hours and 37 minutes. Apart from this, when the brightness was reduced to 53% and the volume was left at 20%, the phone consumed 14% when playing video online for 1 hour. As for power consumption when playing games, the Mi 8 SE’s battery drainages 11% of power in 30 minutes. 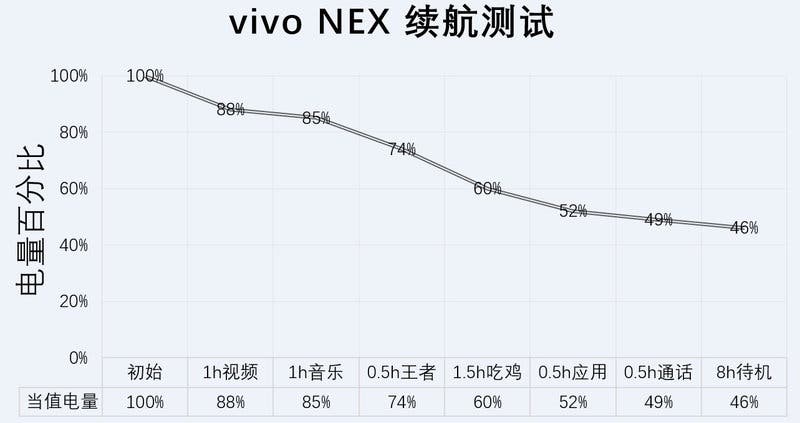 When looking at the DxOMark chart, we can see the Xiaomi Mi 8 SE scores 99 points and lays behind the Huawei P20/Pro, HTC U12+, and Samsung Galaxy S9 Plus. This is an amazing result. And it could achieve such heights due to the rear camera, which uses a 12MP sensor with a 1.4um unit pixel area, a f/1.9 large aperture, and supports Dual PD dual-core focusing. The second sensor comes with a 5MP resolution, a 1.12um unit pixel, and a f/2.0 large aperture. Thanks to AI support, this 12+5MP camera can recognize up to 206 kinds of scenes that can be targeted for real-time optimization and tuning. 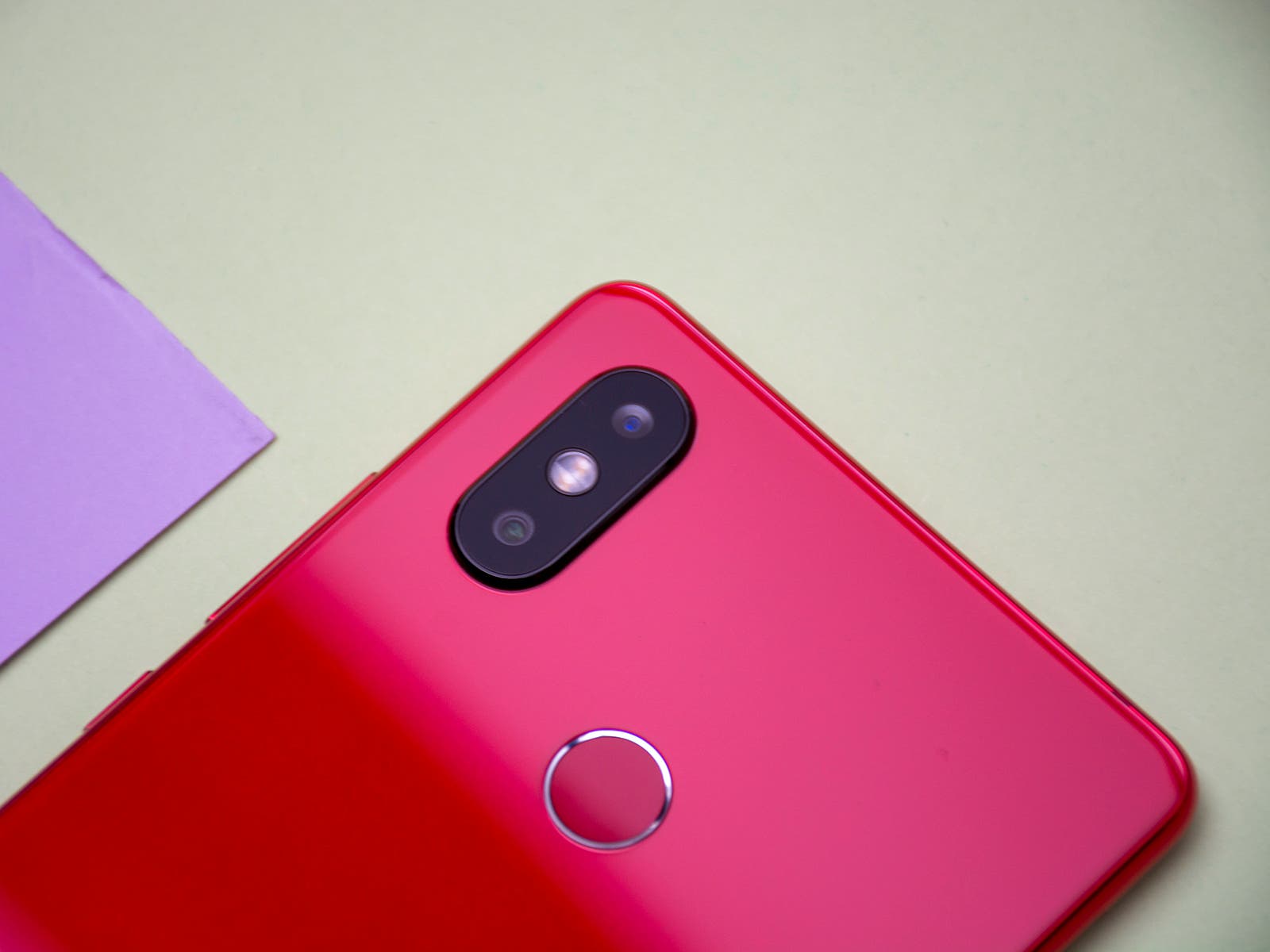 On the front, the Xiaomi Mi 8 SE sport a 20MP selfie shooter along with a soft light. It supports advanced AI algorithms that bring natural blur effect. Plus, this camera adopts AI Smart Beauty 4.0, which can provide an astonishing make-up effect with no efforts. 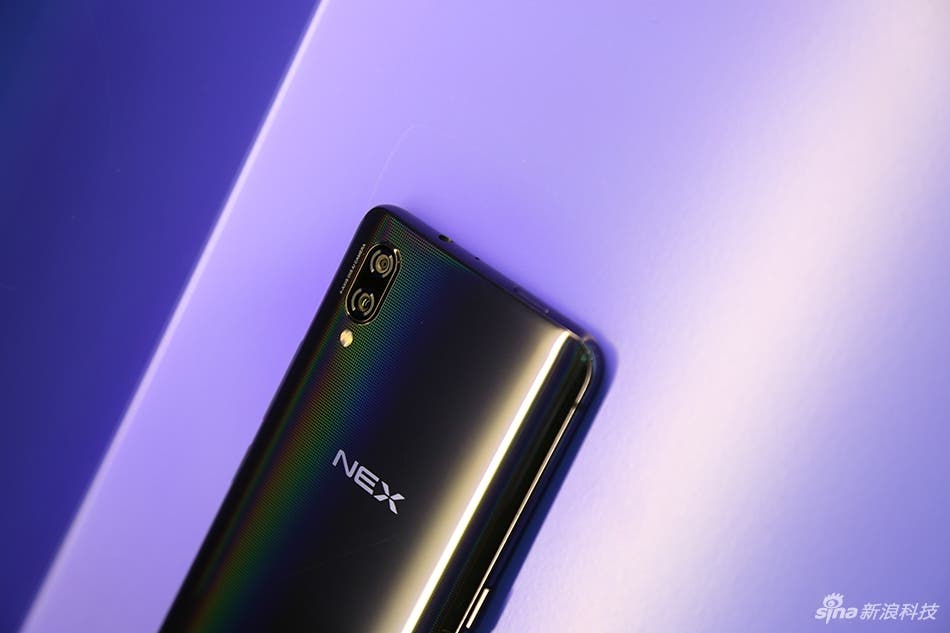 The VIVO NEX A’s camera is based on AI smart technology. It provides AI scene recognition, AI backlight photo, AI filter, AI composition, and supports DCI-P3 wide color gamut, enabling more accurate color capture. Like its competitor, the phone uses a 12MP +5MP dual-lens combination on the back, but there is an 8MP camera on the front. However, the larger sensor is the Sony IMX363, which can be found on the original Mi 8. It comes with a 1.4um pixel size, a f/1.8 aperture, full-pixel dual-core focusing technology, and supports high-precision 4-axis OIS + EIS technology. 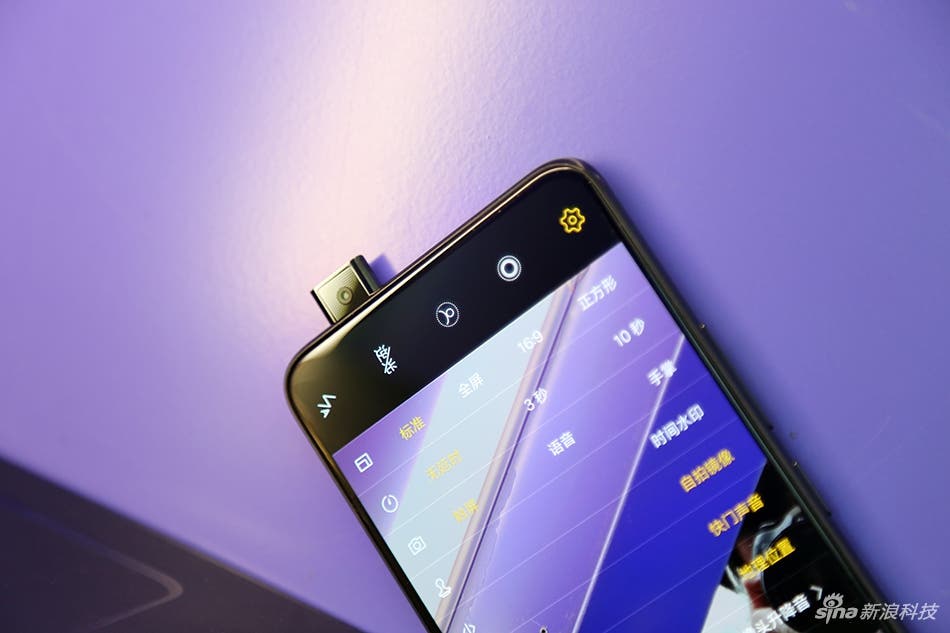 The Xiaomi Mi 8 SE is considered to be a quasi-flagship. Therefore, it’s priced affordably. As for the VIVO NEX A, it’s the first true full-screen smartphone along with the VIVO NEX S. So maybe VIVO bets on this when setting such a high price tag.

However, we know there are coming other smartphones packed with a Snapdragon 710. Among them, we can mention the Nokia Phoenix, Xiaomi Mi MAX 3, and Google Pixel 3. It’s very interesting to get acquainted with their performance, look, and pricing.