Previously, Xiaomi’s main model for each year has come our way from the original Mi series. But with the launch of the first-gen Mi MIX handset, everything changed. As for now, though Xiaomi has already managed to launch up to four models from the Mi 8 series, the most anticipated phone will be launched in a few days on October 25. It will be the Xiaomi Mi MIX 3. This afternoon, the company released the phone’s poster, showing there will be a 24MP front-facing dual-camera with a soft light. Thus, the company simply suggesting this handset will have a surprise in the front camera. 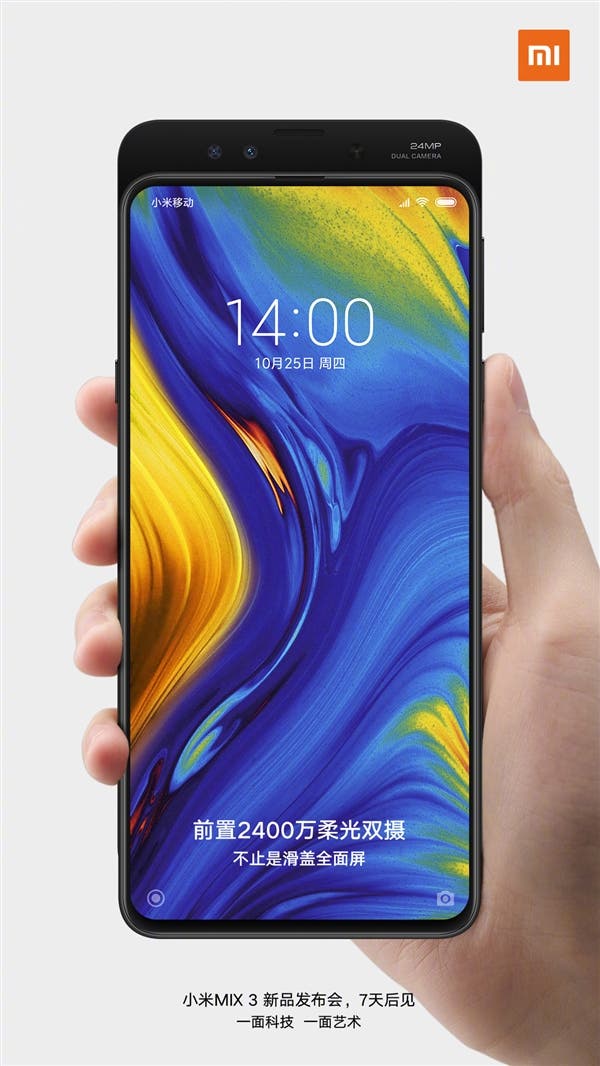 Undoubtedly, the Xiaomi Mi MIX 3 is going to be the manufacturer’s main flagship of 2018. It will use a sliding structure, which is unprecedented in the current smartphones market. It helps the phone to achieve nearly 100% screen ratio. So imagine what an outstanding viewing performance it will bring.

Apart from those features, the Xiaomi Mi MIX 3 is going to be a beast in terms of performance. According to the official introduction, it is going to sport a 10GB RAM. Thus, this is the first Xiaomi phone with such a huge memory.

Next The Google Pixel 3 packs an OLED display by LG, Teardown Reveals