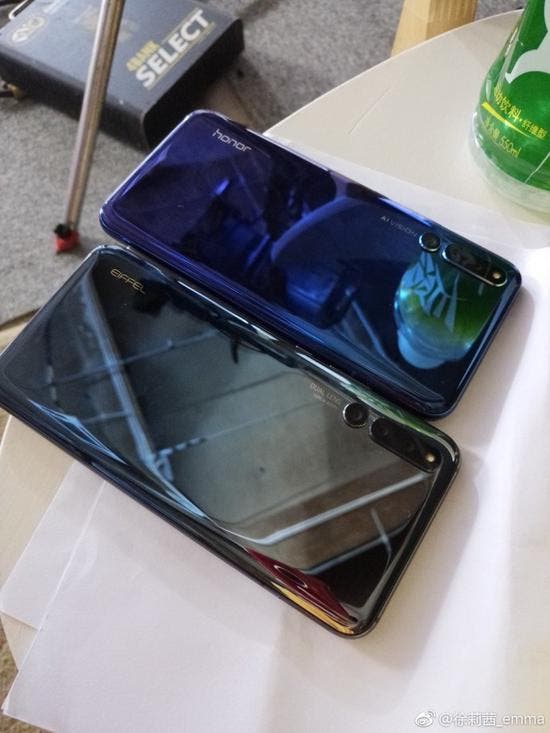 There have been tons of leaks and rumors concerning the Honor Magic 2. One of them refers to the quad-camera module on the back. A few days back, the manufacturer released a video teaser, revealing some attractive features of the phone. Unfortunately, the video didn’t showcase the back of the phone. So many users continued thinking the rumor as the Magic 2 will sport a quad-camera is true. However, today the phone leaked on a spy photo, showing it uses a triple-camera design. The top opening on the camera part is for the flashlight.

As we see, the leaked phones look identical. But there are a few differences. Say, on one of them, we can see the word EIFFEL instead of HONOR. Moreover, on the same model, instead of the AI VISION, we can read the DUAL LENS. So there is every reason to think, the Honor Magic 2 will have a customized version too.

We have already pieced together all the rumors we have heard previously. And according to them, the Honor Magic 2 will come with an almost-100% full-screen, a Kirin 980 chip, 40W super-fast charge support, etc.