We now have the first look at the front of the much awaited Mi 9. High resolution renders were released by Xiaomi officials and we have all the information. We had earlier reported about its features like its internals , Fingerprint scanner and more but they had kept the display away from sight. With this new information lets see how the Xiaomi Mi 9 display fares.

They seem to have worked hard on the bezels. We get a 90.7% aspect ratio. A very small chin and notch are the standout features. We can see a tiny sliver of the speaker on the top. Wondering where the sensors are? Xiaomi claims to have put them under the display. The Mi 9 has a ultra sensitive under screen Light sensor and an ultrasonic proximity sensor. 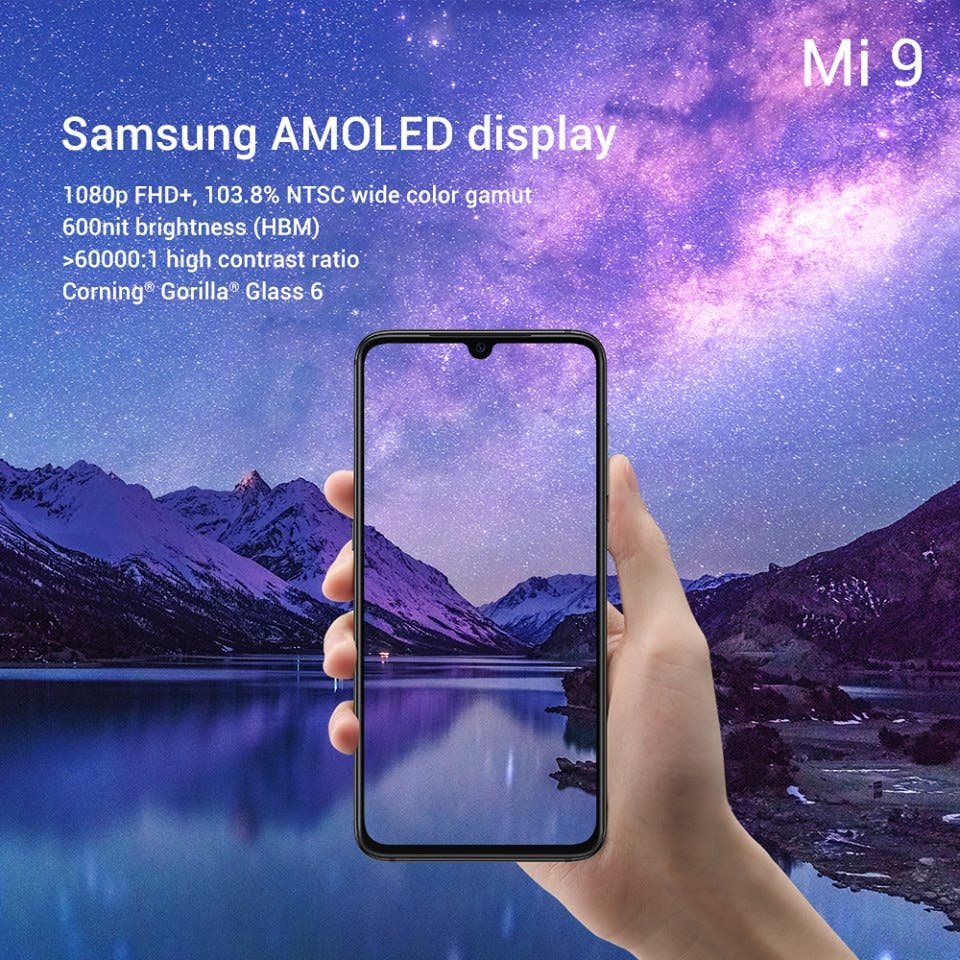 Samsung is the current worldwide market leader in AMOLED displays. Its said that they control over 90% of the AMOLED market. Its comes as no surprise that the the Xiaomi Mi 9 has a Samsung display. The Phone has a 1080+ display with a respectable 103.8% NTSC Colour Gamut , 600 nits of brightness and a high contrast capability. The entirety is covered by the latest Corning Gorilla Glass 6. 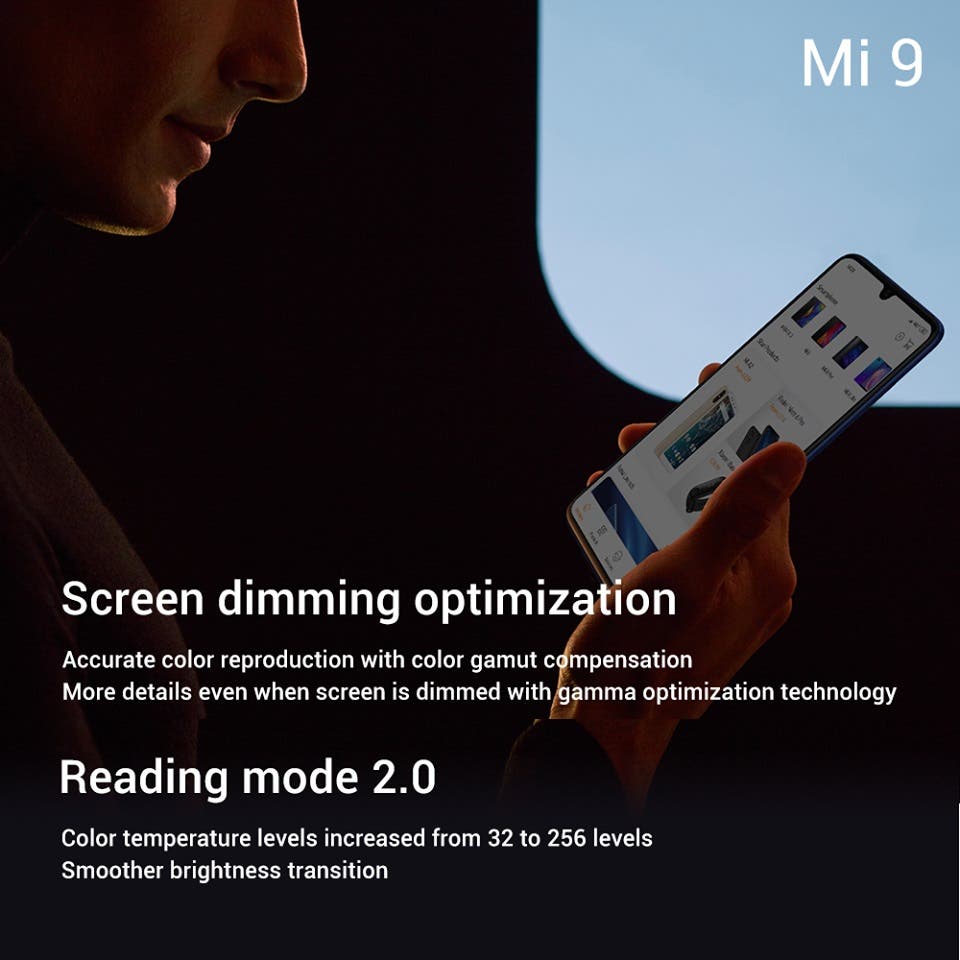 Even though the light sensor is under screen , Xiaomi claims it can accurately dim the screen but preserve the colour gamut in any light condition. The Gamma optimization technology is supposed to preserve details even at low brightness. And with 256 different levels of brightness settings , the reading mode 2.0 allows smooth brightness transitions and an easy on the eye experience. 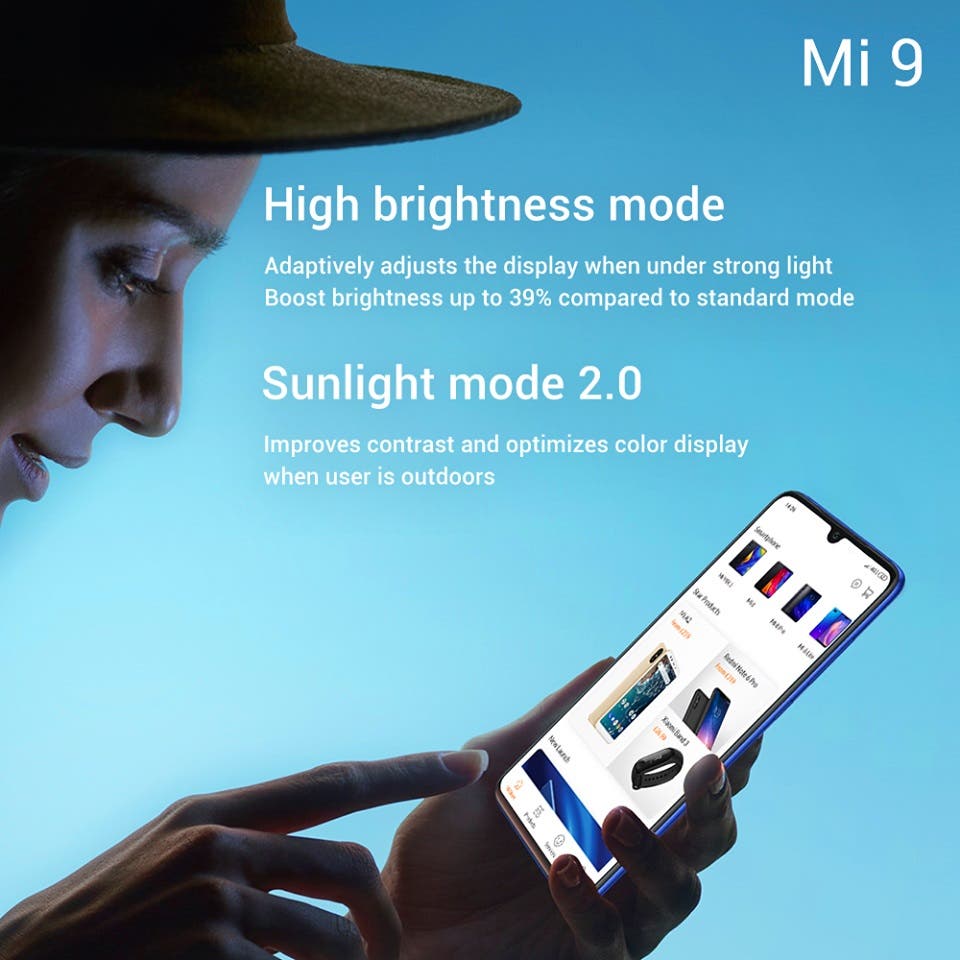 Xiaomi claims a 600 nit maximum brightness which is not really the highest in the industry , but they claim a 39% improvement in the Sun light mode compared to standard mode.

Xiaomi has never really stood out in terms of display quality. Will the Xiaomi Mi 9 display change this? Let us know in the comments below.