With the release of a large amount of information about the Sony PlayStation 5 and Microsoft Xbox Series X specifications, it is time to initially compare them. 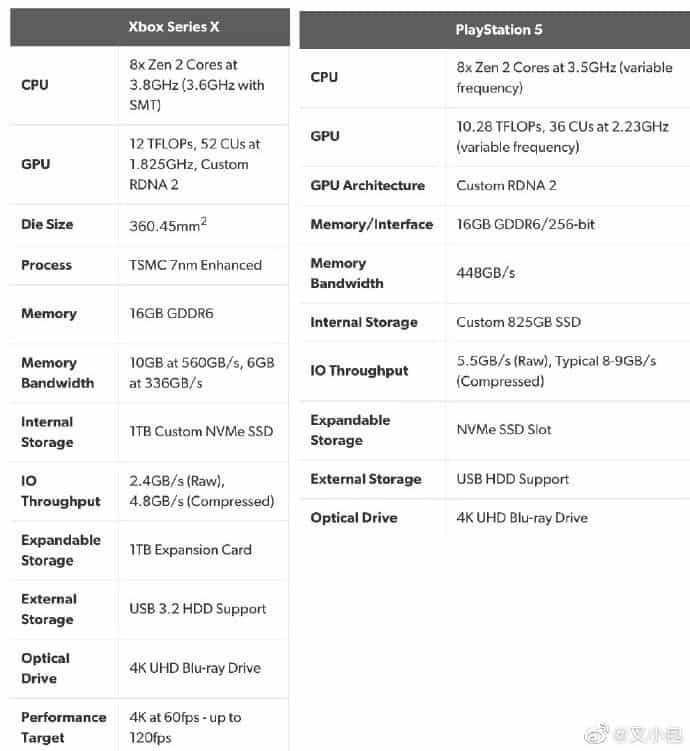 On the other hand, the PlayStation 5 also uses AMD’s custom Zen 2 CPU. But the PS5 CPU has a lower clock frequency of 3.5GHz.

However, it should be noted that the processors of both hosts are tailored according to their respective advantages.

Similarly, both GPUs are AMD’s custom-designed RDNA 2 chips for each individual host. However, as the GPU frequency of PS5 is higher, we should test the heat dissipation ability and operating noise of the host when released.

At present, the two cannot be directly compared. Although the Sony PlayStation 5 does include hardware-accelerated ray tracing, no measurable specifications have been found. 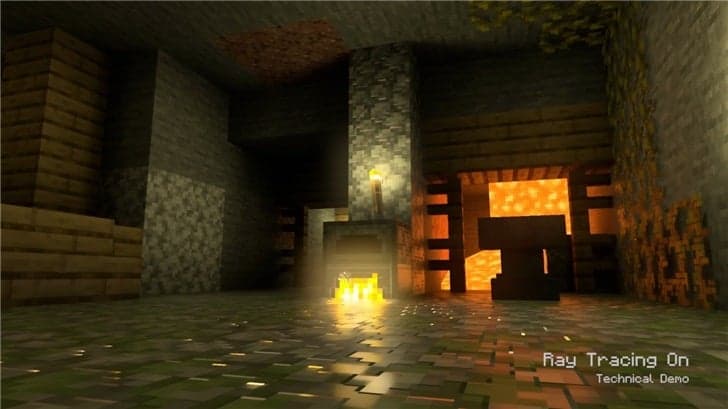 At the same time, Microsoft has demonstrated its ray tracing technology through Minecraft’s path tracing demo. Although Minecraft is not the most advanced game in the world, the complete path tracking video game is extremely computationally intensive. In the demonstration, the shadow cast by the object will soften or sharpen according to the distance from the object, while the lava will give a warm orange glow, dissipate gradually, and reflect the surrounding environment. Even the moon projects its own light, passing through cracks in the walls, reflecting particles in the air. The performance of the Xbox Series X is impressive.

The SSD is Sony PlayStation 5’s biggest advantage. Compared to the Xbox Series X SSD, the PlayStation 5 SSD is much faster.

The PlayStation 5 SSD provides users with 825GB of storage space and IO throughput between 5.5GB/s (native) or 8-9GB/s (compressed). At the same time, the I/O throughput of the Xbox Series X SSD is 2.4GB/s (native) or 4.8GB/s (compressed), which is significantly slower. However, the Xbox Series X also has custom hardware decompression blocks to minimize decompression time.

The craziest place about PS5 is the speed of SSD. 5.5GB/s is only part of it – there are many custom chips inside to ensure that the system does not cause bottlenecks in other areas. It’s very fast on paper, even faster than the Xbox Series X.

Although the exact read speeds of the Xbox Series X optical drive and PlayStation 5 optical drive have not been revealed, both consoles use 4K UHD Blu-ray drives.

Since the games will be installed in the built-in SSD of the game console, the comparison of the optical drive requires an actual scene.

First, the backward compatibility of the Xbox Series X will allow you to play four generations of Xbox games – the original Xbox, Xbox 360, Xbox One X, and Xbox Series X – with improvements in visuals and performance compared to the original platform version.

On the other hand, the backward compatibility of PlayStation 5 is limited to PlayStation 4 Pro. Although you can use PlayStation to play PlayStation 3 games, this is not ideal.

The Xbox Series X will start selling at $499. But we have no official information concerning the PlayStation 5 price. Although Sony said $399 is not realistic.

Next Samsung Galaxy A41 announced: an update with many improvements