Today, iQOO announced the upcoming release of the iQOO 7. It is going to be the official KPL gaming smartphone.

Previously, iQOO has confirmed that it will be among those brands that will launch the first commercial Snapdragon 888 phones. Now, it’s not difficult to see that the iQOO 7 is going to be the first Snapdragon 888 flagship phone under this brand. 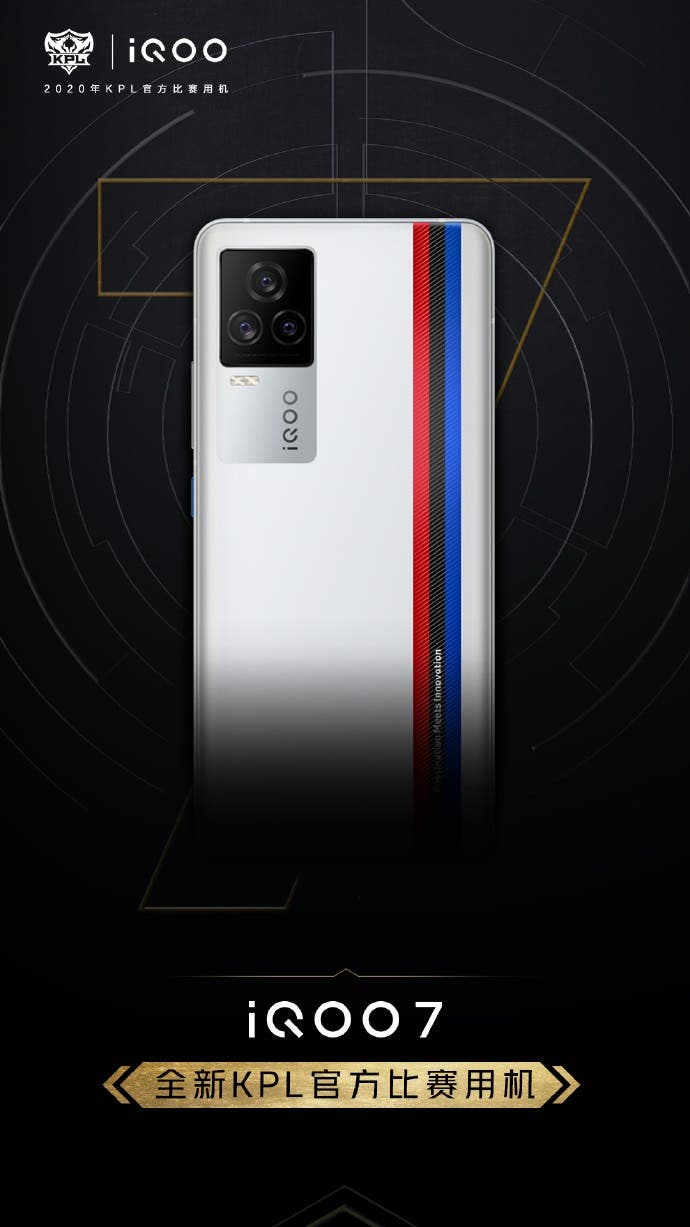 According to the official poster, the iQOO 7 adopts the classic design style of the legendary iQOO 5 Pro. The camera adopts a matrix shape with three sensors. The dual-color flash and the iQOO logo are located below the triple-camera module, which is highly recognizable.

Prior to this, we learned about a new VIVO model V2049A that had obtained 3C certification and supports 120W fast charging. Later, one of the well-known Weibo bloggers pointed out that this new machine is the upcoming iQOO 7 series.

From this point of view, the iQOO 7 is the industry’s first Snapdragon 888 flagship that supports 100-watt fast charging. Prior to this, the iQOO 5 Pro was the first mass-produced commercial 120W fast charging handset. It only takes 15 minutes to charge a 4000mAh battery to 100%.

The machine is expected to be officially released in January. There will also be a BMW co-branded version with plain leather. Plus, we are waiting for the new OriginOS to come our way from VIVO.

In addition, OriginOS supports “weather window” which brings a real and natural phenomenon to the desktop. You can modify the appearance of the various weather phenomena to suit your need. The shape, size, and density of a cloud layer are all simulated and drawn by sampling thousands of sceneries from different regions. Even the moving speed of the clouds will have different performances due to the magnitude of the wind.