Samsung was the first to release a folding screen smartphone. And though there is a couple of other manufacturers that have launched similar phones, this South Korean company still remains the leader of the niche. In this regard, many users are waiting for the next-gen Samsung Galaxy Z Fold 3. Recently, we have seen the renders of the phone. As for now, we have found the patents showing the actual design of our protagonist. The patent also proves that the machine may adopt touch-type side buttons.

In other aspects, the new Samsung Galaxy Z Fold 3 will use a 7.56-inch non-punch-hole inner screen. There will be an under-screen camera technology, which can take selfies and make video calls. It will use a new generation of UTG glass technology. The thickness of the glass has been increased ensuring higher durability and flatness. 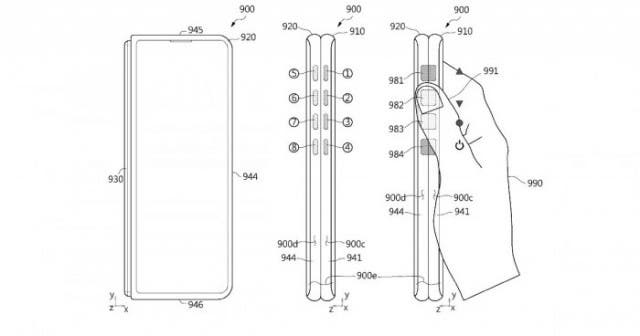 Under the hood, the phone should carry the Qualcomm Snapdragon 888 flagship processor. If so, the Samsung Galaxy Z Fold 3 will become the world’s first smartphone sporting a flagship chip as well as an under-screen camera technology.

In addition, the phone’s battery capacity has been reduced from 4500mAh to 4380mAh. It will support 25W fast charging. The phone will also come with an S Pen stylus.

Samsung expects that this year’s sales of folding screen mobile smartphones will far exceed that of last year. The company is also very confident about the two products in the future. In 2020, the sales of Samsung’s Z Fold 2 and Z Flip 2 folding screen models were about 2.5 million units, which was lower than the company’s expectations.