The Realme GT Neo 3 smartphone’s India launch could be right around the corner, as the phone has surfaced on the company’s India website. Rumors making the rounds online suggest that Realme is prepping to unveil a third-generation GT Neo-series smartphone. Moreover, this handset will reportedly carry the Realme GT Neo 3 moniker. Despite the lack of an official confirmation, the Realme GT Neo 3 key specifications have already been tipped.

Furthermore, the phone has passed through multiple certification websites and the TENAA website not too long ago. As expected, these listings shed some light on the phone’s key specs and other details. However, it is worth mentioning here that the aforesaid certifications have been linked to the Chinese market. In other words, it was unclear whether the Realme GT Neo 3 will launch in India. Much to the delight of Realme fans in India, a fresh piece of information suggests that the phone is coming to the Indian market.

The Realme GT Neo 3 has made an appearance on the Realme India website. The listing was first spotted by noted leaker Mukul Sharma aka (@stufflisting) in collaboration with Price Baba. Regrettably, the listing does not shed more light on the upcoming handset’s specifications or features. Nevertheless, it is a sign that the Realme GT Neo 3 phone’s India launch is right around the corner.

As mentioned, the Realme GT Neo third-generation smartphone has already passed through the TENAA website with model number RMX3560. Aside from that, some official-looking renders of the phone’s back panel had surfaced online. Another leaker, Alex shared a photo of the phone’s rear panel earlier this month. In addition to that, the tipster divulged some key specs of the device. According to the leak, the Realme GT Neo 3 could adopt the same design as the OnePlus 9.

Earlier reports claim that the Realme GT Neo 3 will sport a 6.7-inch AMOLED display with FHD+ resolution, and 120Hz refresh rate. For optics, the phone will reportedly house a 50MP, an 8MP, and a 2MP camera at the back. Upfront, the phone houses a 16MP shooter for selfies and video calling. Furthermore, the upcoming Dimensity 8100 processor from MediaTek will be powering up the handset. An earlier report suggests that it will pack the Dimensity 8000 SoC, instead. 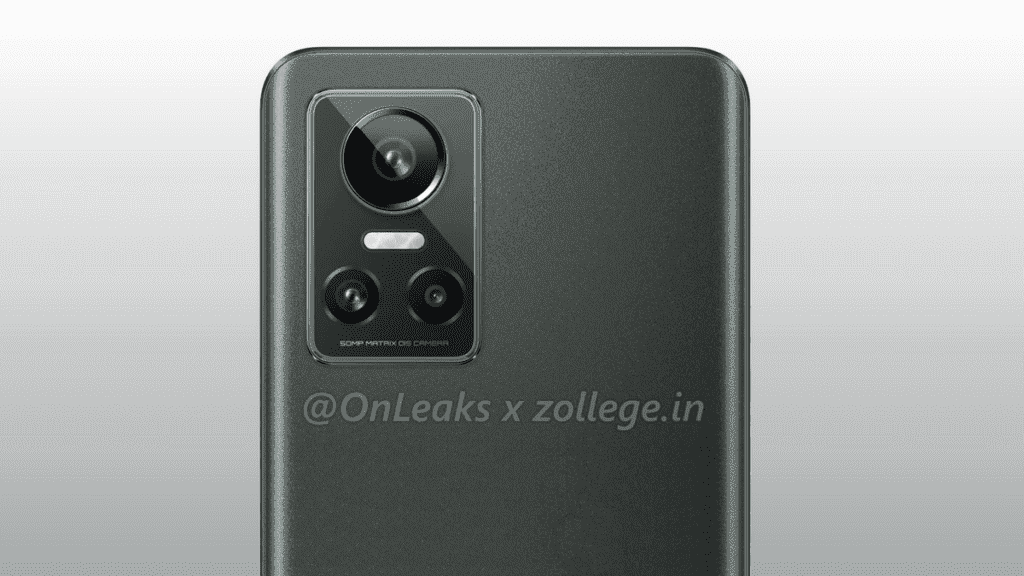 Aside from that, the Realme GT Neo 3 is likely to ship with 8GB/12GB of RAM and offer 128GB/256GB/512GB of onboard storage capacity. Moreover, the phone will probably run Android 12 OS with a layer of Realme UI 3.0 on top. Lastly, the phone could draw its juices from a 4,500mAh battery that supports 150W fast charging.

Next iPhone 14 To Use Pill-shaped Display: Design Is Already Finalized