The App Store has 1000’s of paid or free applications which are useful to anyone planning to live in or visit China.
Every week or so I plan on introducing a few applications in this ‘There’s An App For That:….’ section.
Today I’m covering driving with 3 free applications from the App store available for download now! 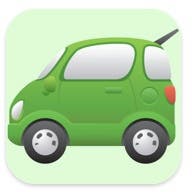 When you first arrive in China, especially if you arrive in a large city such as Beijing or Shanghai, you will be amazed by the sheer volume of traffic. Hundreds, thousands of cars will be either slowly trudging along in jams or zipping around the streets.
One of the first things you may notice on all of these cars is the Chinese character on the license plate. Like in many forign countries these characters are abbreviations of where the car is from and are actually commonly used in spoken Chinese.  The ‘China Plates’ app helps you to learn and understand these abbreviations with the use of both audio and Pinyin giving you your first steps toward speaking Chinese.
China Plates doesn’t have all the cities built in, but it’s free and provides and interesting way to study Chinese. 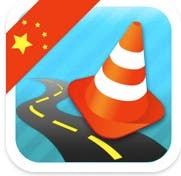 Now you’ve been in China for a while you may decide you want to brave the roads yourself and get a drivers license. If you have a foreign license the process is pretty straight forward and just requires you taking a theory test.
The theory test is made of around 1500 questions, out of which 100 are chosen at random by computer and 90 of which need to be correct in order to pass! Studying usually means sitting in the coffee shop with a translated version of the questions and just going at it until you get the majority correct. It’s boring, takes a long time and can be very frustrating.
Thankfully Thinknao software have made a free application designed to help you pass. All the possible questions are built (with the same amusing spelling errors) and can either be studied by section or as a randomly generated test.
I wish I had had this app when I was studying as it certainly makes the whole process a lot more fun than sitting with a book! 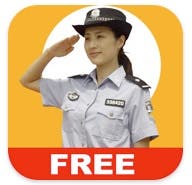 This app does exactly what you think it might. It allows you to search your province and city then enter your license number to see if you’ve accumulated any fines.
The app is in Chinese which shouldn’t be a problem if you’ve been practicing with ‘China Plates’, but the overall user experience is a bit shoddy with the city links just opening up a Flash saturated web-page asking for your license number.
Not the best app in the world, but get’s the job done.