This is the first time I have managed numerical alliteration in a Gizchina post! So to celebrate keep reading for more details on 7 top 7 inch tablets you should look at instead of the Nexus 7.

Before I go on I want to be clear that I’m not saying that these 7 Chinese tablets will be as powerful as the all new Google Nexus 7 tablet manufactured by Asus, but if you are in the market for a budget 7 inch these guys should offer the same functionality as the new Google tabl! 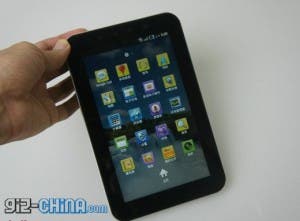 Who ever is in charge of marketing tablets, or phones for that matter, is obviously not paid enough as the F702 is the first in our list and also the first of 7 terrible sounding tablet names, but don’t let the name put you off as this tablet is stacked!

First of all let’s gloat at all those silly Nexus 7 owners who can only get on the internet! “haha we mock you Nexus 7 owners” Is what you should now being saying as you strut your 3G stuff. So yeah, 3G is built-in as is Wi-Fi, GPS and DUAL CAMERA! “haha we mock you……”. So while the F702 does get 3G and dual cameras it doesn’t quite offer the power of the quad-core Nexus 7 tablet and only packs a 1Ghz iMX515 CPU plus 512mb of memory, but that is more than enough for most apps anyway.

Other great features for the 7 inch F702 tablet are the IPS screen, 3500mAh battery and pre-installed Android Play store app. 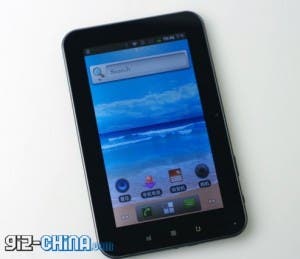 Chinese tablet makers Grefu are well-known, notorious even, for their stunning Apple Macbook Air and iPad clones, but they also make some smart-looking and well priced original items too. The 7 inch tablet from Grefu offers 3G like the F702 and supports WCDMA and EVDO networks. There is also and Android Ice-cream sandwich OS on here running on 1Ghz Cortex A5 SC8810 CPU with 512mb RAM.

Other great features include a TV tuner, GPS, Bluetooth, Wifi, dual cameras and a 3000mAh battery. 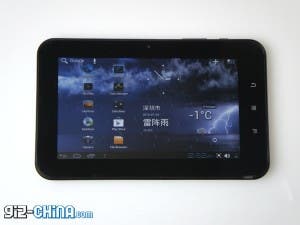 Ok let’s have a look at one of the cheaper budget offerings from China in this instance a 7 inch model from China’s Shenzhen Vayee who are quiet a large player in the Chinese tablet market. Unlike the first 2 tablets this model doesn’t feature 3G, however it still sports an Android 4.0 ICS operating system and supports 1080 hd video.

Like the Nexus 7 tablet, the Vayee 7 inch tablet only gets a front camera but to make up is available in a range of trendy colours including bright red and pink oh and it is very cheap! 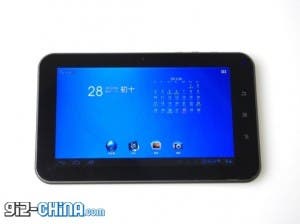 Like Chinese phones, it is not uncommon these days for a Chinese tablet to get a dual or even quad-core processor. In the Nufront’s case we have a dual-core Cortex A9 CPU clocked at 1GHz. There is also 1GB RAM on board plus 8GB of built-in memory, but if that is not enough you can always expand on that with an SD card.

The screen is a 7-inch display with 1024×600 resolution and like all the other Chinese tablets on this list, Android ICS 4.0 is the operating system of choice. Again only a front camera is offered but the Nufront does get built-in HDMI out! 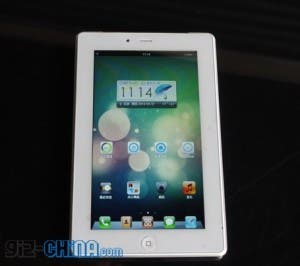 This wouldn’t be a true list of Chinese tablets if it didn’t include at least 1 knock off. This knock-off mini iPad gets the same design and styling as the current new iPad, but in a much smaller and easier to carry 7 inch body.

Like the first two tablets on this list this fake mini iPad offers 3G, but also boasts dual Sim support so you can have one Sim for calls and another for web browsing (why?). There are also dual cameras and the OS has been tweaked to look like iOS on the iPad and iPhone but is based on Android 2.3 Gingerbread.

This knock off mini iPad is made by Jajapad who have yet to release a price. 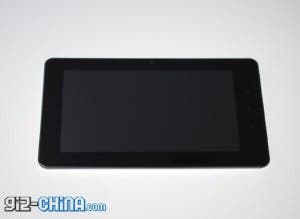 Another huge Chinese tablet maker is Cutepad. The company is famous for their low-cost high performance Chinese tablets and the F7 is a perfect example of this as it offers 3G, Wi-fi, Bluetooth, HDMI out a 1ghz Cortex A9 cpu all at a very affordable price.

Like all the other tablets here (except the fake iPad mini) the Cutepad F7 sports Android 4.0 Ice-cream Sandwich, and knowing the company they are likely to release a Jelly Bean update soon enough! 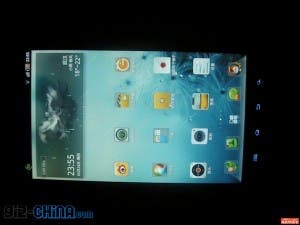 Our final Chinese tablet which offers all the features of the Google Nexus 7 and more is the Soten SOMX7. 7-inch IPS screen, 1024×600 resolution, 10-point touch, which has excellent effect. Boasting a Samsung Exynos 3110 1Ghz CPU this tablet is by no means slow, however it isn’t as fast as it could be due to the lack of RAM, the SOMX7 has 512mb.

On board memory is 8GB and can be expanding via SD card and there are both front and rear camera, with the rear facing unit being a pretty respectable 5 mega-pixel job!

To top it all of the SMOX7 has a 7 inch IPS display with a resolution of 1024 x 600, gets built-in 3G and Wi-fi plus there is GPS and a 5800 mAh battery which should have you navigating all day without trouble!

So that concludes are 7 top 7 inch Chinese tablets you should look at instead of the Google Nexus 7. What do you think of our choices? Do you have any other tablets you wish had made it in to the top 7? Let us know your thoughts in the comments section below!

Next Next Generation iPhone 5 Knock Off Get's Large Screen