Doogee is looking to lure fashionistas with the Doogee F3, which will feature wooden rear panels.

It won’t be the average wooden rear panel for the phone, but about the same quality as the ones OnePlus uses on its phones. That’s because Doogee actually maintain that they come from the same factory!

There’ll be a total of four rear covers for the Doogee F3, including ones styled in Bamboo, Ebony, and Glass… there’ll be two variants for the glass panel, including white and black. Interestingly, Doogee have managed to restrict thickness of this upcoming phone to just 6.8mm, which is pretty impressive considering wooden rear panels are usually thicker than plastic.

The phone isn’t going to be all about its looks. It’ll have the MT6753 processor — the new poster boy of mid-range phones in China — along with 2GB and 3GB RAM options. First photos of the phone have been released, which you should totally check out below. 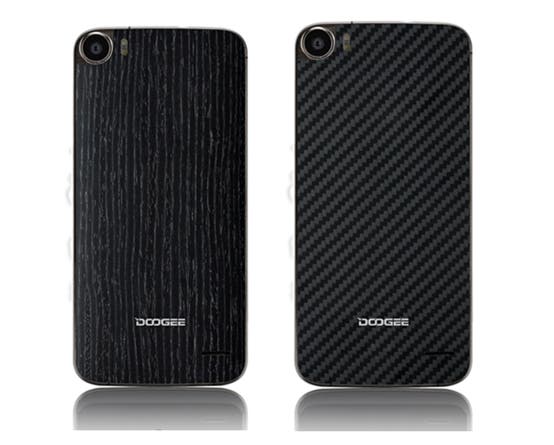 What do you think about the Doogee F3? Are 5-inch phones your thing?

Previous Budget Ouktiel U2 announced pre-sale starts this week for $89.99

Next UMi Zero 2 will indeed have a 20MP camera