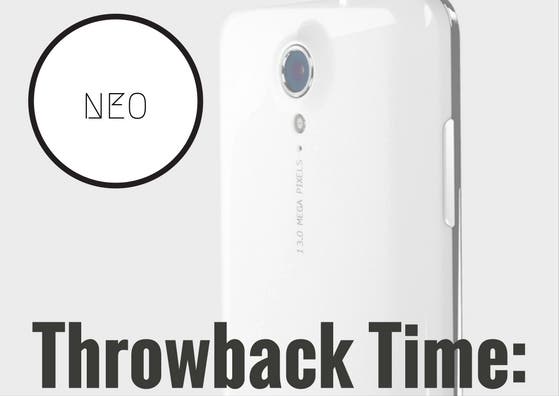 And here we are at the next Throwback Time. It’s been quite a bit since the last Throwback since we’ve decided to space these articles a week before the next to ensure their quality.

Today we’re going to have a look at a company that many people praised and loved for their mid range devices but never managed to stay in the spotlight as much as its competitors, showing that just having good devices doesn’t always ensure you a spot in the market.

NEO: What did they do?

NEO was a company that found their start making smartphones. Their first phone was the incredibly named NEO NS N001 Goddess, and contrary to the name very few people actually even knew that the device existed. Even photos of the device are tough to find, so you can tell that the thing wasn’t well loved.

After their first device somewhat flopped, NEO decided they wanted to take another shot at the smartphone market, and little did they know that the next device they made would strike gold with the Android community.

Like the previously mentioned Newman N1, the NEO N002 was a simple device. Its specs were nothing to scream about, and were even pretty low compared to competing devices. Where the N002 excelled however was design.

With its curvy and modern look, people enjoyed the N002’s design quite a bit, and that’s quite the blessing since without the design, the NEO would’ve just been another obscure device.

So, imagine you’re NEO and your latest device was a resounding success due to design. What do you do for your next device? Make the exact opposite of your most successful device, of course.

Their next big hit

The NEO N003 was the very opposite of its predecessor. While the N002 had low specs, the N003 had the highest specs of any MediaTek powered Chinese phone. Where the N002’s strong point was its design, the N003’s was plain and bland. The N002 was one of the earliest devices in its generation, the N003 was the most delayed.

And delayed it was. The hype surrounding the NEO N003 was huge since it the promised specs of the device were much higher than any other MT6589 device at the time. With a full HD display (needless to say, it was quite a big deal back then), a slightly more powerful MT6589T processor, a 13MP rear camera and a 3000mAh battery the N003 was all set to be the best MT6589 device of them all.

When the phone finally released, people praised it for its great performance and good battery life, but the design of the N003 was criticized for being too bland and generic… which honestly, it was. Unfortunately for the N003 however, the device came much too late to be considered an option and many people had already purchased different devices by the time the N003 was released.

NEO’s N003 wasn’t doing as well as they had hoped, and things weren’t looking up for the small company. With their last amount of strength, NEO made one last attempt to revive their selves with the NEO M1, a mid-range device that boasted the ability to dual boot Android and Windows. 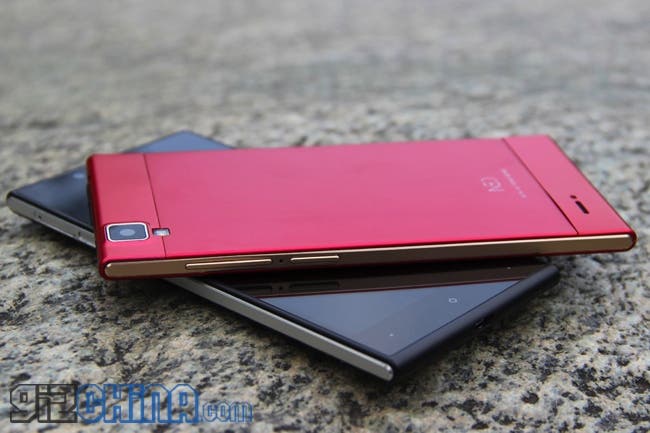 Many people were intrigued by the device, be it due to the promises of a dual boot OS or the very sleek looking design. When the M1 was released however, the device only came running Android with NEO promising an update to include Windows later down the line.

Unfortunately for them, that update never materialized.

NEO then tried to go back to what many think are the ‘roots’ of Chinese smartphone manufacture — rip off. NEO thought the Meizu MX4 was a good contender (they even called their rip-off ‘NEO MX4’), but as it turned out, there weren’t many takers.

Sometime after the launch of the M1 and MX4, NEO disappeared off of the face of the Earth, and almost nobody realized they were gone until a few months later when people realized their website had gone offline.

And with that, we’ve come to the end of this Throwback Time. While NEO may have been well liked by many, it’s pretty sad that their disappearance from the market was only noticed so much further down the line.

Next week on Throwback Time, we’ll be eyeing a manufacturer that made a few expensive devices but never managed to break into the spotlight with any of them. Next time, the company we’ll be looking at is Green Orange! See you then!

Next Mi Robot vacuum cleaner is real, here's a video of it competing