After the Neo M1, we haven’t heard much from this small phone maker. They are still around though and they are launching the Neo MX4.

Over the past year we had a bit of a lull in fake smartphone activity, but as the year draws to an end more and more knock off devices have been released. We’re not sure why this change has happened, but we do know that clone makers are getting more daring, and downright bold!

For those of you who have followed the Chinese smartphone industry for a few years the name Neo will ring a bell. Neo were held in the same high regard as JiaYu and UMi during the JiaYu G3 and UMi X1 days, and continued to be popular until the very late launch of the Neo N003 flagship a few years back.

The delayed release of the N003 damaged the brand greatly and this year then brand are a mere shadow of their former selves, which might explain their newest phone. 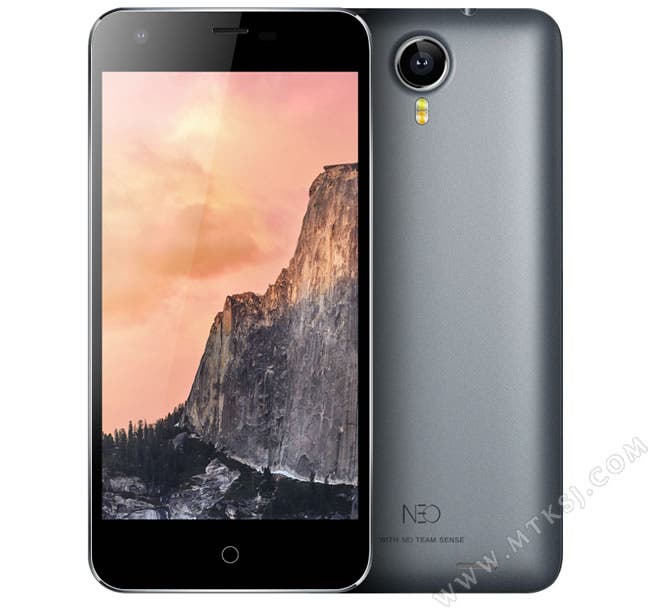 Like many smartphone makers, Neo are eager to join the 64bit bandwagon, but with a huge drop in popularity they aren’t prepared to develop their own phone, so they have cloned one from top to toe and even in name!

The Neo MX4 is a direct copy of the Meizu MX4, but this may possibly the biggest mistake of Neo’s existance as timing and pricing are just completely wrong!

For 999 Yuan (799 Yuan if you are lucky to be among the first shoppers) the Neo MX4 can’t really compete with the phones we are starting to see from big name brands. Specifications include a 5-inch 72-p display, 2100mAh battery, quad-core MT6732 64bit chip, LTE, and 13 mega-pixel rear camera. Compare that to the latest Meizu, Elephone, and JiaYu phones and we know where our money would go.

It’s a shame that such a promising brand as Neo have fallen from grace the way they have, but the unfortunate news is that more and more small phone makers are likely to disappear as big brands complete on price.

Next Exclusive: Spy photos of the Elephone P7000 plus official price!