Earlier in the year, Meitu confirmed it will unleash three mobile phones during the last quarter of 2017. The Meitu T8S and Meitu M8S, have since been announced and now on sale in China. Now it appears Meitu is on the verge of unleashing yet another Smartphone, as a new Meitu phone dubbed Meitu V6 has recently been spotted on TENAA. The Meitu V6 is of the luxury V-series and tipped to succeed the Meitu V4.

The TENAA listing reveals that the device will adopt the usual trendy Meitu designs adorned with a leather rear, with two front-facing speakers, a dual front, and rear cameras with LED flash as well as a front-facing fingerprint sensor. The device flaunts a 5.49 “OLED screen with a resolution of 1920×1080 pixels, while a MediaTek deca-core Helio X30  with CPU with a maximum frequency of 2.8 GHz.is under the hood.

Adorning the rear of the Meitu V6 is a dual camera setup: 12MP primary camera, with a secondary camera sensor of unknown pixel count. The rear camera comes with dual LED flash and should be able to shoot photos with Bokeh effect. A similar dual camera setup with LED flash is also found on the display front.

From TENAA listing, there will be two different versions of the Meitu V6.  There will be a 4GB RAM and 6GB RAM options, but both will be available only in 128GB storage option. The device will boot Android 7.0 Nougat out of the box, while a 3100mAh battery will keep it lighted.

When announced, you should expect to get the device in fiery red (pictured), ice-blue, dark purple colors, and also the mysterious coloring “Monet’s powder.” 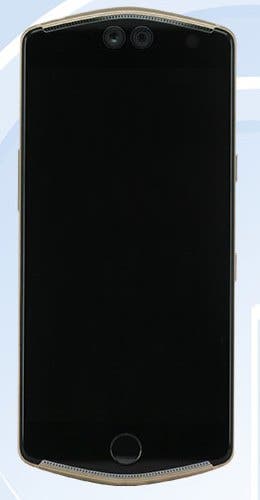 We currently do not have information on the device’s pricing and release date, but we understand pre-sale will commence in November.

Next Quality Is The Reason Behind Xiaomi's Success Says CEO