The conference on May 31 is getting closer. So we’ll see more and more news and leaks concerning the upcoming Mi flagship. That’s not a secret the Xiaomi Mi 8 will be packed with a Snapdragon 845 chip and adopt a notch screen just like the iPhone X. but what about the rest of features? Say, we know Xiaomi’s annual flagships always come with strong photography features. Plus, this company has announced is setting up a phone camera department. This simply means the upcoming models of Xiaomi will sport better cameras focus this feature more. But there has been nothing official concerning the Mi 8’s camera till the date. 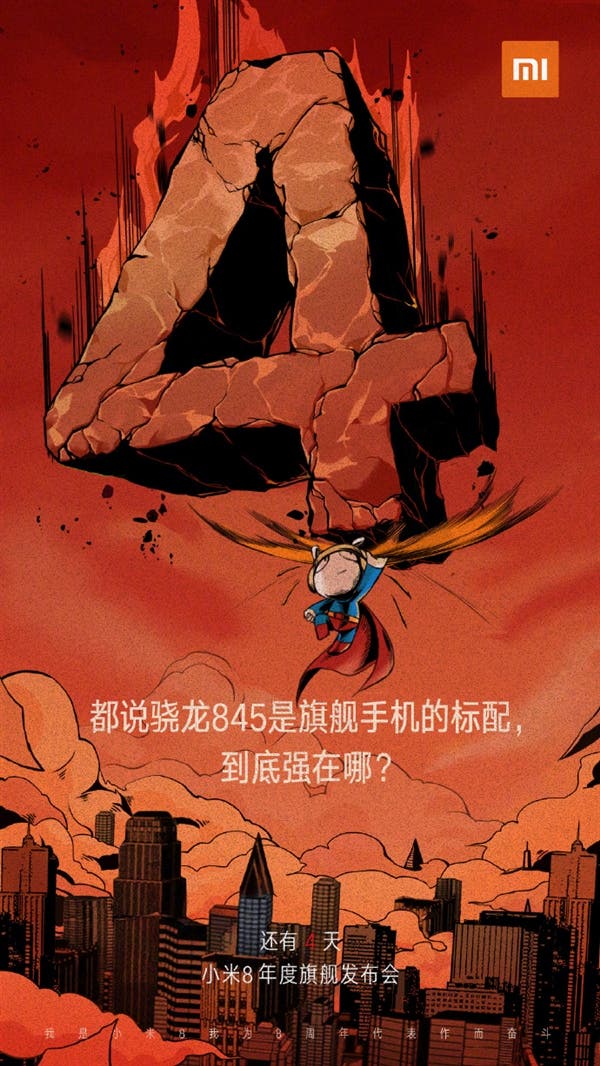 As the Xiaomi Mi 8 has been spotted in various photos and documents, we know much about it. Say, it’s assumed the phone will be the first dual-frequency GPS phone in the world; it will support Quick Charge 4.0+; there will be 6.2-inch Full HD full-screen; and the Xiaomi Mi 8 is said to feature 20MP+16MP camera on the back with an aperture of f/1.7 and f/2.0 respectively, and a 16MP front shooter. 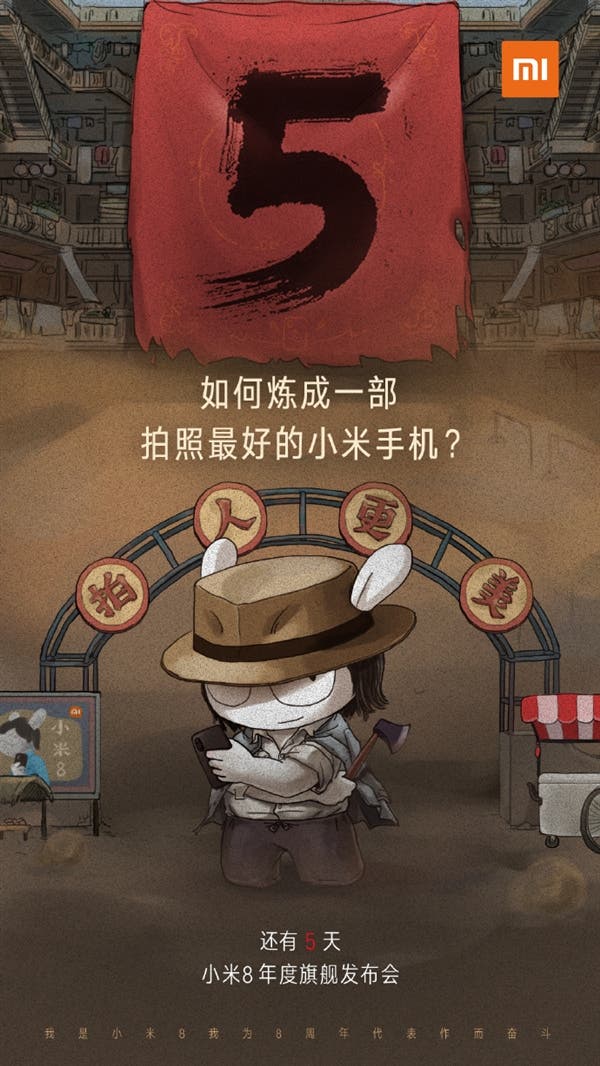 Today, the manufacturer released a warm-up poster for the countdown and confirmed the octa-core architecture of the chip. Undoubtedly, it’s the Snapdragon 845. Moreover, the company posted on Weibo a curious message: ‘The Snapdragon 845 is a standard for a flagship phone. But do you know where it is strong in the end?’ It’s a simple hint at the full-blood performance of the chip. 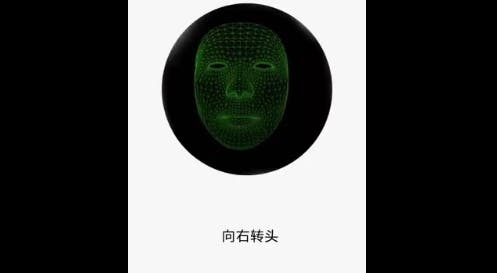 However, the SND845 is not the only biggest selling point of the Xiaomi Mi 8. The previous six-day countdown poster hinted at the 3D face unlock feature. Before that, we’ve heard the Mi 8’s notch will carry the front camera lens, speaker, proximity sensor, light sensor, infrared lens, and other components that confirm the 3D face recognition support.

All these features sound quite outstanding. But the rear camera and its capabilities were not talked much about. Today, the manufacturer officially announced the Xiaomi Mi 8 will also take a step further in photo-taking skills and it will be the best Xiaomi phone ever. The five-day countdown poster shows the phone will continue to adopt the rear vertical double-lens arrangement.