Many Chinese smartphone vendors are refusing the Taiwanese MediaTek and its chip. There were some brands that have been using MTK chips in order to keep the prices of their phones in the frame of competitiveness. But now they are switching to Qualcomm one after another. First, it happened with Meizu. The latter has been known as one of the most devoted partners of MediaTek. But it packs its flagships with Qualcomm’s top-end chips now. As for now, another more or less known smartphone maker, Meitu has announced about its intentions of switching to Qualcomm.

If you remember, in November last year, Meitu launched the new V-series product in face of the Meitu V6. It was equipped with a MediaTek Helio X30 processor. Apart from this, there were tons of outstanding features such as four camera sensors, AI support, high-quality and high-class materials, deeply customized OS, and so on. According to mobiltelefon.ru, the new V-series Meitu phone will be packed with a Qualcomm Snapdragon 845 chip. 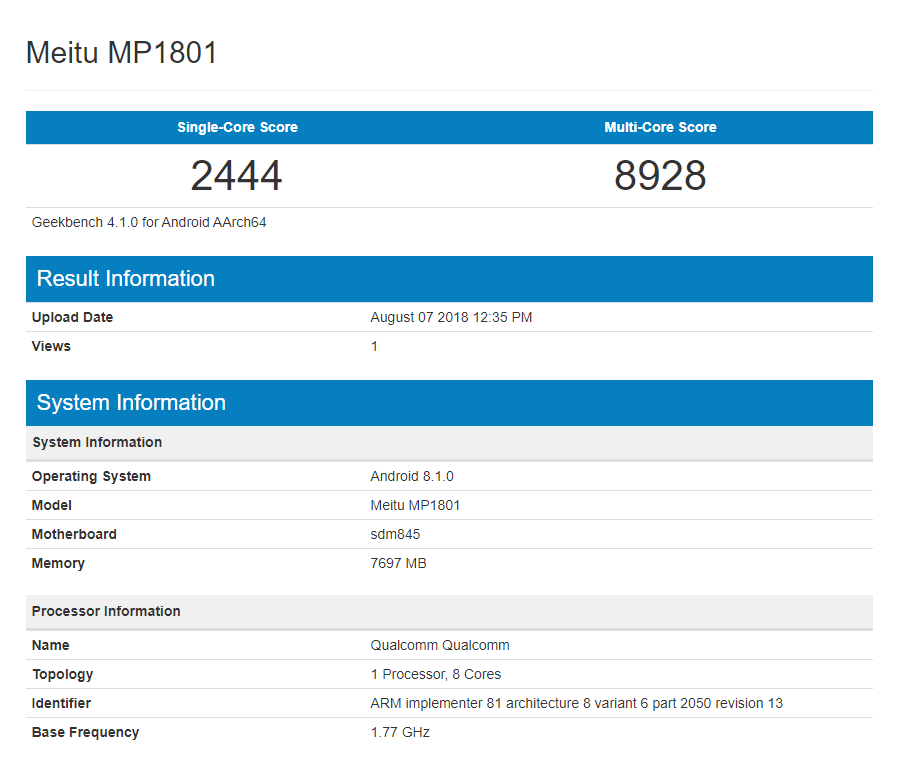 Of course, the Meitu’s V series is the company’s flagship line, and this doesn’t mean all of its models will be packed with Qualcomm chips. But one thing is becoming clear – even the MediaTek Helio P60 couldn’t help the company to struggle in the high-end market.

As for the upcoming Meitu phone, recently, a mysterious handset with a model number of MP1801 leaked on the GeekBench database. According to data, it will be packed with a Snapdragon 845 chip, an 8GB of RAM, and run on Android 8.1. The source is sure it’s the next-gen Meitu V handset.

Actually, the Meitu V family models are made for females. They have a unique shape and have been always known for their selfie-centric features. But who says ladies don’t need a good performance?

Next Honor Play To Get A Huge Update On August 13th