In the last days of the past year, Xiaomi held a new product launch conference and announced three smartphones in the Mi 12 series. They include the vanilla version, the more-powerful Pro model, and a dark horse Mi 12X. But there is at least one smartphone from this lineup that missed the launch event. Recently, we got some interesting info concerning the Xiaomi Mi 12 Ultra.

Yesterday, we showed you the photos of the aluminum alloy model of the Xiaomi Mi 12 Ultra. Through this group of photos, we can get a preliminary understanding of the design of the upcoming phone. As for today, we got another set of leaks confirming previous rumors. Most likely, the Xiaomi Mi 12 Ultra will be sporting a Leica-branded camera.

As Xiaomi’s first mobile phone co-branded with Leica, the rear camera module of Xiaomi Mi 12 Ultra will adopt a two-layer stacking design. The leaked photos are just another confirmation of this.

On the front, the Mi 12 Ultra will be the same as other phones in the Mi 12 series. Thus, it will come with a slightly curved screen design and a more rounded grip.

Moreover, when observing the machine model, we can find that the Xiaomi Mi 12 Ultra is relatively thick and heavy. We can clearly see the higher height of the round protrusions in the rear camera module.

However, those who follow our news shouldn’t be surprised. Back in November 2021, we reported that many Leica experts were working on the Xiaomi Mi 12 Ultra camera. In fact, it should appear on a Xiaomi phone earlier, on the Xiaomi Mi 11 Ultra. But because of unknown reasons, it didn’t happen.

As for camera characteristics, the Xiaomi Mi 12 Ultra will feature a 200MP main camera. The latter will be using the Samsung ISOCELL HP1 sensor. The size is 1/1.22 inches. Apart from this, there will also be a periscope ultra-telephoto lens, ultra-wide-angle lens, and other standard components. 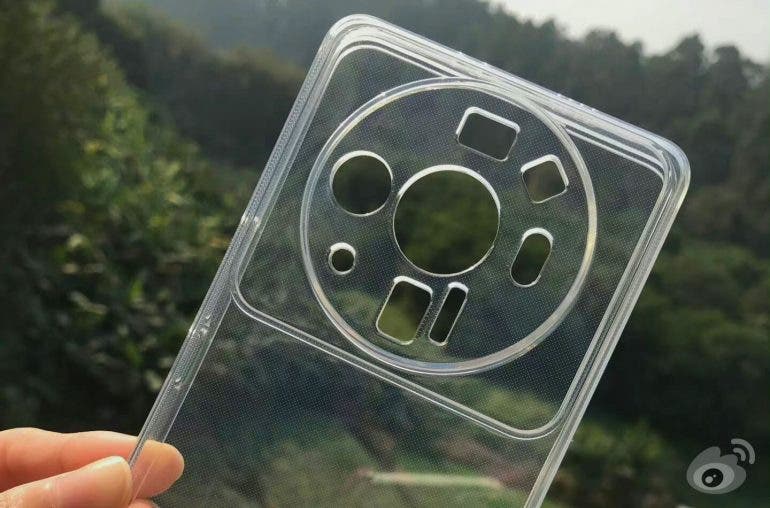 Finally, as for the launch date, some reliable sources prove that the phone will hit the market after the Chinese New Year. But there is still no clarity when exactly this will happen. If believing in the past practice and combining facts, likely, our protagonist will come sometime in March. However, according to Xiaomiui, instead of Xiaomi 12 Ultra, the company will present Xiaomi Mix 5 and Xiaomi Mix 5 Pro. So there is a possibility that we will never see this handset or it will carry another name.