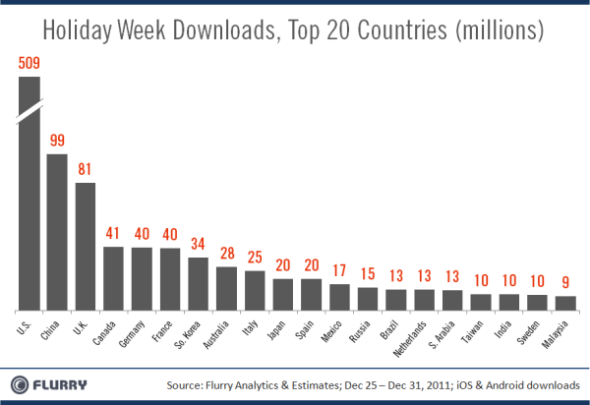 This past Christmas week China managed to rank #2 for mobile apps downloaded for both iOS and Android devices.

As expected the Christmas week produced some great figures for both the Android Market and the Apple App store, with China managing to pull in the second highest number of downloads globally.

Third spot was taken by the U.K with Canada, Germany and France close behind.