Are you in the same position as I am? You’ve had your current phone for a year or so now, and you are not sure if you need a new one? Well here are 7 warning signs that you need a new phone!

If you have been reading Gizchina for a while you will have discovered that, although I write primarily about Chinese Android phones, I am an ….. iPhone user (don’t hate me!).

However having an iPhone, the older iPhone 4 in this case, and writing about all these awesome Chinese phones has opened up my eyes to just how poor my current phone stands up to the hordes of great new models.

But what about you? Are you unsure if you need a new phone or not? Are you on the fence hopefully thinking “my phone could last a little longer..” well if you are, here are my 7 warning signs that you are in need of a new phone!

When I bought my iPhone 4 early last year it was the hottest, fastest device I had owned. Touch an app and WHAM! It opened! Start a game BOOM, I’m shooting zombies in the face in seconds! 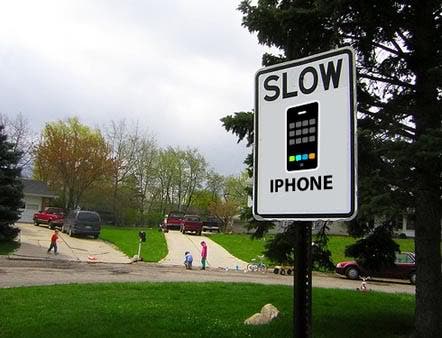 This however is no longer the case!

Speaking of cameras it’s not just the speed of the actual camera app opening which has me looking at a newer more powerful phone, but also the speed of taking photos and the quality of those photos!

Again when I bought my current phone I was really impressed with the 5 mega-pixel front camera and thanks to the quality have taken more photos in the past 18 months than I every have!

But, now when I look at my photos in comparsion to photos taken on my wifes’s 8 mega-pixel phone (HTC One X) or even one of the new breed low-cost Chinese super phones, my old phone is looking a little tired!

For only a couple of hundred dollars I can easily find a phone featuring a powerful dual-core CPU, 1GB RAM, 8 mega-pixel rear camera, latest OS and large display!

There was a time when I thought 3.5 inches was enough but after testing all these great larger screen phones I’m sold on the idea of having a big screen phone!

Not only does a larger screen make it more enjoyable to play games and watch movies, but it also gives you more room for manouvrer when using apps with lots of on screen functions!

For example I could never going back to using the Android camera app, with all of it’s great manual options and filters on a small screen anymore, there just isn’t enough room! 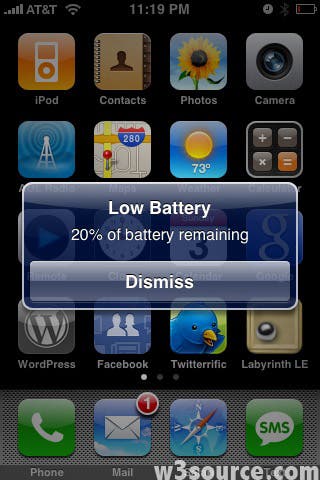 However even a modern smartphone battery with 3G on and emails set up to be pushed to your account when they arrive, you should be getting at least a full day worth of use out of it! Thats including taking photos, browsing the web and checking the odd map!

If your phone, like mine is getting less than a day of use without needing to top the battery up, it’s probably time for a new phone!

As phones get older there will come a time that they no longer get official updates, or they get updated but don’t get all the latest and greatest features newer models are offered. 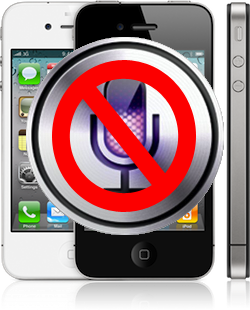 The iPhone 4 is a great example of this as although it is eligable for iOS 6 when it arrives, the iPhone 4 still won’t get Siri and won’t get the new 3D maps featrue (even though the phone is more than capable of handling these).

But what if you can live without the latest OS, can you still live with your old phone? Probably not, as when new apps are launched they will likely need the latest OS for them to be installed….. time for a new phone!

Anything with an MTK MT677 CPU or higher

7. It’s getting a little worn

Your phone has a hard life! It’s sits in your hot (sweaty?) pocket all day. Its touched with your hands (when was the last time you washed them), it will be sneezed on coughed on, dropped, have drinks spilt on it, be accidentally put in your pocket with keys…..

If your phone is looking less like a technological break thru and more like an old worn out sneaker, it could be time to get a new one!

Anything which takes your fancy (their all mostly great!)

Luckily this is the best time to buy a New phone!

Thankfully for all of us looking to buy a new phone this is a great time, especially if you’re in the market for a Chinese Android phone, which features all the latest bells and whistles for a low cost!

If you want to learn more about Chinese phones, tablets and technology keep reading Gizchina.com and sign up to our RSS feed o get the latest news in your inbox (no spam guarantee!)

Are any of you guy’s looking to get a new phone? Why not share your new phone choice with us below!

Previous GooPhone i5 specification with Apple Logo and iOS 6 theme!