Even with all the 5-inch 1080 phones heading to stores, there are many Android phone fans who are happy with a 4.5-inch display, and quad-core CPU. With limited options it’s nice to see the Changhong ZS3 has arrived to offer extra choice.

For 2013, the ZS3 is going to receive an upgraded to include a quad-core MT6589 processor, we also suspect that RAM will be increased to a more suitable 1GB too. Full details haven’t been announced, but according to leaked Antutu benchmarks, the quad-core ZS3 is one powerful phone! 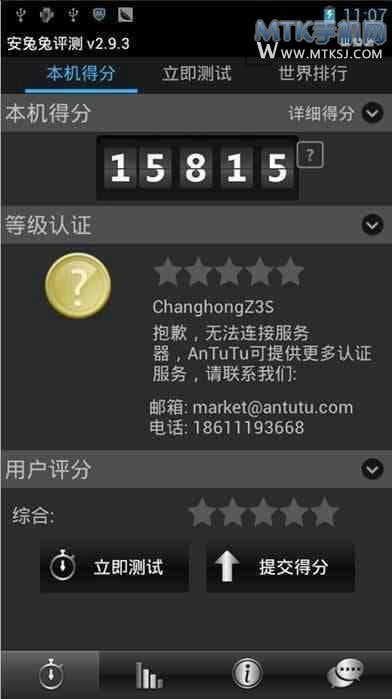 We’ve seen a few MT6589 phones with 1GB RAM achieve Antutu benchmarks of almost 13,000, however this is the first we have seen break the 15,000 mark! Best of all is that battery life hasn’t been affected too much due to the quad-core’s more efficient behaviour!

If only the Changhong ZS3 had a 720HD display and it would make for a nice alternative to the Xiaomi Mi2!

Next iOcean X7 in white looks like a low-cost Oppo Find 5!