The Hisense C20 Kingkong 2 takes the idea of an IP67 rugged phone but removes much of the chunky rubber and replaces it with Corning Gorilla Glass 4.

In a trend that is becoming more popular, we are seeing phone makers produce durable phones that look less like rubber bricks and more like a standard Android smartphone. Earlier this year we saw the UMi Hammer which met this criteria, and later this year the new Hammer S and Moro X Force will launch offering similar durable designs.

At IFA, Hisense are also showing they are up to the challenge and have announced the new Hisense C20 KingKong 2, an IP67 certified phone with built in rubber bumpers, sealed ports and glass body. 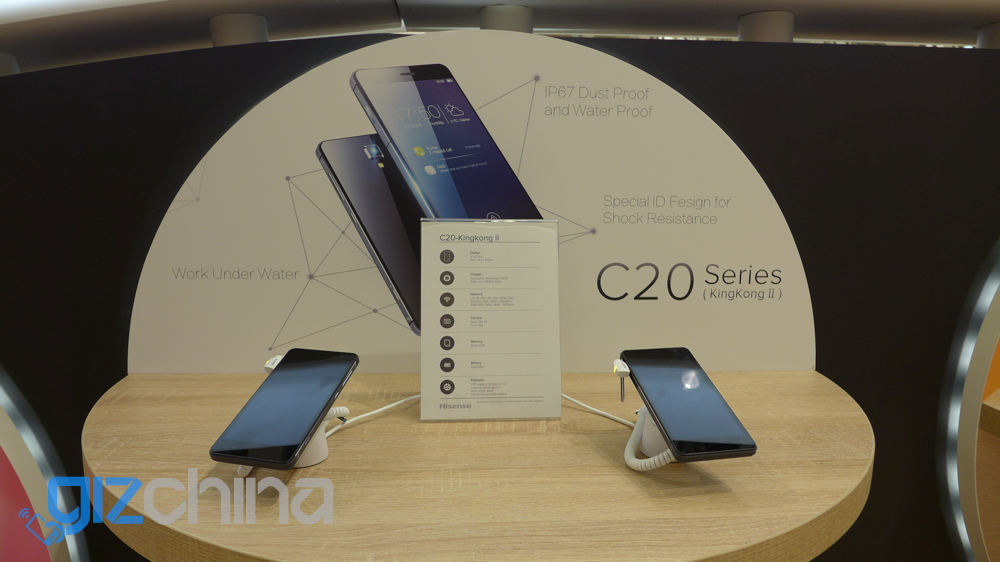 The glass body makes for a change on a phone designed to take a knock and scrape so it comes as no surprise that Hisense are using Corning Gorilla Glass 4 across the 5-inch HD display and the rear of the phone.

As with the Hisense C1 Series, the KingKong also uses a Qualcomm chipset, but this time around a Snapdragon 415 running at 1.3Ghz. There is also 2GB RAM, 16GB internal memory and a 13 mega-pixel Samsung main camera. The C20 also has Dolby sound so you can enjoy your tunes in defined audio while climbing a frozen waterfall, or whatever other extreme hobby you pass your time with.

Again no word on pricing or a release date, but expect the C20 KingKong 2 to launch in China first then Europe and possibly North America.