Xiaomi Mi 6 was launched in April this year and at the time, it was a device that everybody wanted. At launch, it had two variants – 6GB+64GB memory configuration and the higher version 6GB+128GB setup. Last month, information got out that the Mi 6 is getting a 4GB+64GB version and now, that piece of information has proven to be true as the Chinese manufacturing giant has announced that the 4GB+64GB variant will go on sale on November 11th. 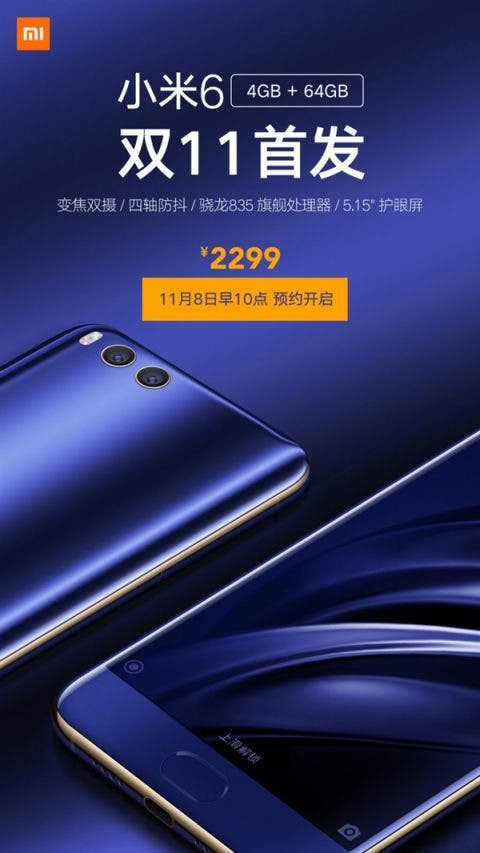 Previous Huawei will start to sell "Made for Huawei" accessories

Next Official: Xiaomi land at Spain with Mi Mix 2 and its gang