In the first half of this year, it’s expected to see two news flagships coming our way from Xiaomi. Of course, we are talking about the Xiaomi Mi 7 and Xiaomi Mi MIX 2S. The latter is set to launch on March 27, while the former one will be uncovered sometime in June. However, today a copy of the Weibo ES8 documentation leaked on the net showing the Mi 7 will come with a wireless charging like the Mi MIX 2S. 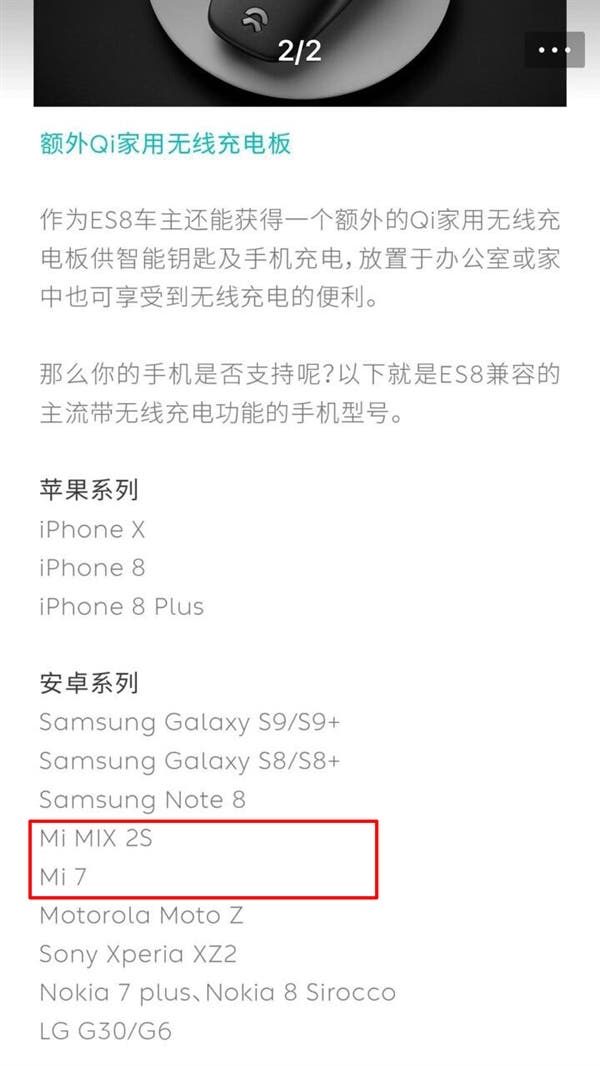 Actually, we have heard about this and other features previously. According to them, the Xiaomi Mi 7 will be packed with a Snapdragon 845 chip, AI camera, OLED display using a full-screen design, 8GB of RAM, massive battery, face unlocking support, under-display fingerprint technology supplied by Synaptics and Huiding, and many more. Thus the phone is going to continue focusing on quality and innovations.

One of those innovative features is the wireless charging. We have heard the phone has gone into a production back in February and the same source also claimed the Xiaomi Mi 7 will support wireless charging. The leaked document confirms this rumor. Moreover, combining with previous news, we can say the Mi 7 will support a 7.5W power like the iPhone X.

If all these rumors and leaks are true, the Xiaomi Mi 7 is going to combine all the innovations and trendy features into one model. So when it happens it will overtop all of its rivals. But we also should remember the case of the Xiaomi Mi 5S/Mi 5S Plus. As you remember, the net was buzzing as it will come with a ceramic body, under-display fingerprint scanner, and many other attractive features. And though the Mi 5S was sporting a number of astonishing specs, it failed because the final specs list didn’t correspond the rumors.