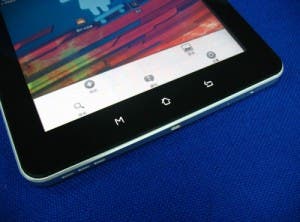 There’s been a lot of hype over Smart Devices entry in to the tablet market place, but now it’s actually here we’re a little disappointed! 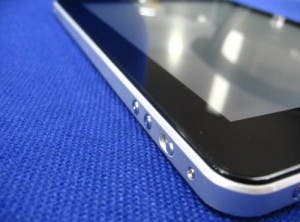 The first images we got to see of the 10 inch tablet were very promising. We got to see an iPad style tablet with styling cues from the current iPhone 4. With looks this good and rumor (at the time) Smart Devices we’re planning there own bookstore, we had grand ideas for the internal spec!
It’s not to be though. The Smart Devices tab has got it’s gather impressive online literature store, but the spec sheet looks a little last generation. 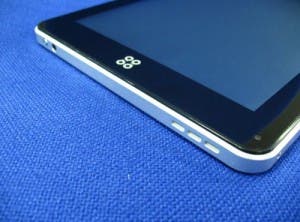 A 720 Mhz CPU was the first let down, as most of us expected 1Gb at least, but the let down hasn’t stopped there.
There’s only 256mb RAM, sure that’s what the iPad has but the iPad is about to get an upgrade and most 10 inch tablets are getting 512mb RAM at least! 2Gb of internal storage is also a bit stingy, but the final nail in the coffin is the resistive screen!

Maybe we’ll get a nice surprise when generation 2 is released, but until then we’ll look else where.

Next Classic Black is the new Macbook Air Clone